The Messenger delivers a haunting reflection on coping with grief 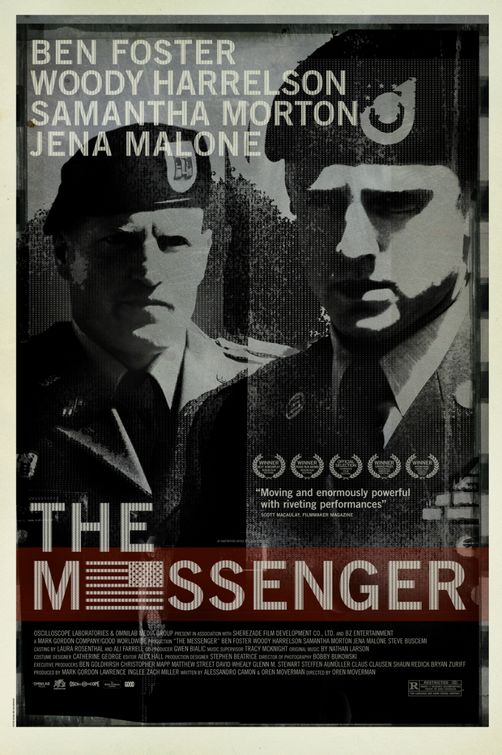 While searching around on Hulu for something to watch, The Messenger happened to flash across my screen. Given that this movie scored two Oscar nominations, including Woody Harrelson's second Oscar nod, I was well aware of this movie's existence. However, for some reason, I had never made it a priority to watch it. Well, that all changed and now I'm kicking myself for not getting to The Messenger sooner. It's not only a well-made movie but it's also one of my favorite types of movies; stories about jobs I'd never thought about in detail before. I love it when a film makes me think deeper about occupations I just took for granted.

So it is with The Messenger and its exploration of casualty notification officers, who are soldiers who inform families that their loved ones have died while at war. It's a job thrust upon Will Montgomery (Ben Foster), a young staff sergeant who's been paired up with CPT Tony Stone (Woody Harrelson). While Montgomery is totally new to this occupation, Stone knows everything backward and forwards. It's why he carries such a detached attitude, he doesn't wanna let emotions compromise his job. The Messenger soon becomes more than a tale about two people navigating a harrowing job. It's also a story about the different ways people cope with grief.

Writer/director Oren Moverman (who penned the script with Alessandro Camon) has a gifted hand for handling exceedingly raw scenes depicting people reacting to the news that they've lost a son, a daughter, a spouse, etc. These sequences are shot in a cinema verite style that accentuates the realism of these scenes, ditto the realistic homes that Montgomery and Stone embark to. These two don't just visit soundstage recreations of normal family life, they go to cramped & imperfect spaces, the kind I've been in or could even recognize as my own home. This immediately makes the people Montgomery and Stone visit register as palpably tangible and the same is doubly true of their anguish.

How do you cope with that kind of job? Moverman and Camon wring fascinating drama out of showing two disparate approaches to that kind of coping. Stone distances himself from everyone while Montgomery opts to get closer to those he's talking to, especially Olivia Pitterson (Samantha Morton). I love the way we can understand the psychology of these perspectives, we're never rooting for just one character in The Messenger. This is especially impressive in regards to the character of Montgomery, who can spew some repellant nonsense but also can break your heart. That's the power of Woody Harrelson right there.

The Messenger frequently captures these individual perspectives and instances of overwhelming grief in nicely-executed pronounced ways. But some of my absolute favorite moments of the film are where director Oren Moverman pauses and lets quiet moments say so much. I especially loved this small bit where an unnamed Returning Soldier (played by a young Jeremy Strong) goes on this foul racist tirade against a man he knew in his time at Iraq...only to have one moment where he realized he actually liked that guy. For a blip, Strong and Moverman's camera conveys the pain this soldier is trying to hide. This is how he deals with grief, and for one haunting moment, we get a glimpse inside the pain he's bottling up.

A later scene of Montgomery and Pitterson awkwardly navigating the idea of sleeping together inside Pitterson's kitchen also gets a lot of mileage out of moments where nobody speaks at all. There isn't passion in this sequence, the emphasis on awkward silence instead suggests the internal conflict both characters are grappling with. The Messenger is an emotionally stirring production even when people aren't howling in pain over the loss of their loved ones. I didn't wake up yesterday thinking I'd end up watching The Messenger but I'm so grateful that's where my day took me. A job I'd never given much thought about turns out to be the perfect vehicle for an exploration of the varied ways human beings grapple with overwhelming grief.