The complex process of grief is delicately rendered in Beginners 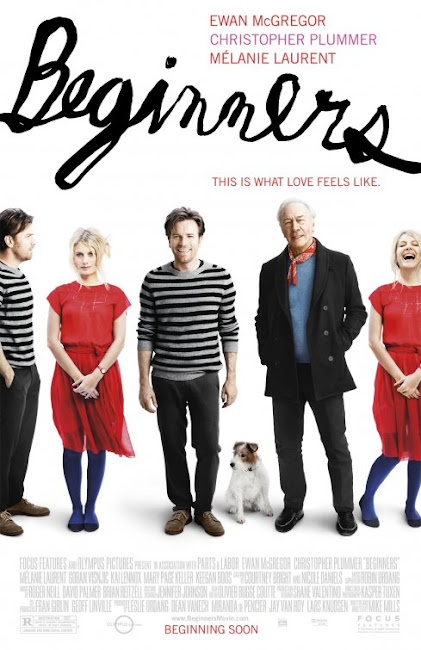 When you lose someone special, your first instinct isn't to break down, at least in my experience. The woe of loss seeps into your life in a quiet but no less devastating manner. You walk around in a haze, your emotions muted, your thoughts rarely in the here-and-now. There's no telling how long these feelings will last, but whether they endure for a day or a year, it'll feel like an eternity. You want to cry over it, but the tears don't come. Even days after losing someone, the shock of their sudden absence is so strong that you can't eject tears. It's a difficult and long process to navigate and also one I haven't seen reflected in movies that often.

Beginners is a rare exception. The story is told in a non-linear fashion as Oliver Fields (Ewan McGregor) navigates the aftermath of the death of his father, Hal (Christopher Plummer). The non-linear part of this equation comes into play as Oliver has frequent flashbacks to the time he spent with Hal as his dad came out of the closet as a gay man. Finally embracing himself, Hal spent the last few years of his life finally being who he'd want to be. As Oliver recounts these times, he begins to spark up a new relationship with an actress named Anna Wallace (Melanie Laurent). Just as Oliver is dealing with the end of his relationship with his father, so too is he grappling with the beginning of a new relationship with Anna.

There was a moment early on in Beginners when I knew this movie was gonna work. In a throwaway moment, Oliver returns to his father's home and does something peculiar. He walks in, says "Hello, house" in his normal voice and then in a deeper voice goes "Hello, Oliver". I forgot about it after the scene moved on...until later on when Hal is sorting through his mail and says "Hello, bills" only to follow that up in a deeper statement with "Hello, Hal". Suddenly, a tiny moment in Oliver's life takes on a whole meaning. Oliver is keeping his father alive by adopting one of his quirks. It's not a detail Beginners calls attention but it's a fantastic depiction of the specific ways a person can cling onto their deceased loved ones.

The script, penned by Mike Mills (who also directs), is full of those kinds of richly-detailed moments that render Oliver's pain in quiet but no less stinging terms. Extended digressions where Oliver takes the viewer through backstories of himself, his parents, and other loved ones prove similarly insightful into this process of negotiating woe. In the throes of grief, Oliver is remembering all kinds of random stories and items associated with special people in his life, such as a quote from The Velveteen Rabbit that hung up in his father's toy shop. What seemed so incidental in the past now holds a different meaning in the eyes of Oliver. That and the existential mindset of Oliver are beautifully reflected in these recurring segments.

The worldview of Oliver is beautifully handled by Ewan McGregor, an actor who has worked wonders with overt characters in the past. Here, under the skillful direction of Mills, McGregor is in a more restrained mode that delivers some of his best work as a performer. I especially love how he lets more vibrant sides of Oliver peek through in his interactions with Anna. Doing this allows for McGregor's portrayal of Oliver to feel truly nuanced, he's as fully-realized of a person on the screen as he is in the pages of Mills' screenplay.

Playing opposite McGregor for much of the film is Christopher Plummer. It's impressive how this actor was delivering such remarkable work to the very end of his career and his turn as Hal in Beginners is very much a part of this trend. I love how jovial and open Plummer portrays Hal, it makes for such a great contrast to the personality of Oliver, which is so frequently guided by despair. Plummer's success in depicting Hal as a figure of freeing joy makes his moments of vulnerability all the more crushing. It's an impressive performance that would have been outstanding under any circumstances but given his recent passing, Plummer's work in Beginners now serves as a microcosm of the kind of talent this guy could bring to any project.

That tragic real-world event also lends a whole new layer of poignancy to an already moving portrait of coping with grief. Like so many great movies, Beginners only takes on more layers of depth as the years go by.