In Laman's Terms: Will Ferrell and His Consistent Commitment to Colorful Comedic Characters 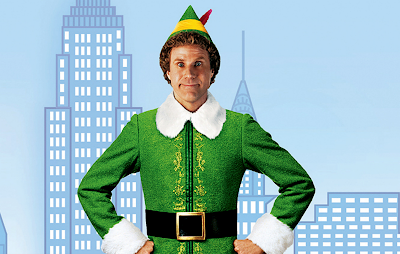 In hindsight, Will Ferrell was the last of a generation.

In his first forays into the world of being a comedy leading man, Ferrell, like fellow Saturday Night Live vets Mike Myers and Adam Sandler, played big broad characters in PG-13 comedies. These were people with outfits so distinct they were practically tailor-made for Halloween costumes, accents as big as all outdoors, and perhaps even a catchphrase or two. Ferrell's oversized characters could contain traces of recognizable human qualities. For the most part, though, Ferrell's creations were so humorous because of how detached they were from reality.

In Elf, for instance, Ferrell plays Buddy the elf, a human being who grew up in the North Pole as one of Santa's helpers. When he returns to New York, comedy ensues simply by having Ferrell stand around in common NYC locales in bright green tights. In Elf, Buddy is a comical anomaly in any situation. It's a character that fares so well due to Ferrell's commitment to the part. He always renders Buddy's unstoppable enthusiasm without a hint of irony. Instead of trying to ground Buddy in reality, Ferrell flings himself into the stylized psyche of a guy obsessed with swirly twirly gumdrops.

Meanwhile, Ferrell's other big leading man breakthrough came with playing Ron Burgundy in Anchorman. Through his work as Burgundy, it's not hard to see why Ferrell solidified himself as a leading man. Whereas Ferrell committed himself to wholesome absurdity for Buddy the elf, Ferrell uses that same level of commitment on oblivious assholery for the part of Burgundy. All the while, Ferrell is able to walk a fine line that makes sure the joke is always on Burgundy's ignorance rather than just having him say vulgar material for hollow shock value laughs.

Some actors might have just delivered a zoned-out performance in the hopes that Burgundy's boisterous costume could carry the laughs. Ferrell, meanwhile, imbued humorous levels of conviction to Burgundy's declaration that diversity is a term for "an old wooden ship".

Ferrell's sense of commitment to colorful characters has always been part of his comedy. This includes his tenure on Saturday Night Live. Nowhere is that more clear than that iconic More Cowbell sketch alone demonstrates that quality. The set-up of this sketch see's a recording of Blue Oyster Cult's  Don't Fear the Reaper being constantly upended by Ferrell's overly enthusiastic cowbell player. Ferrell lends a steel-eyed determination to his cowbell wielding character, which just makes the ludicrous premise of this sketch all the more humorous. How can you not laugh at a guy this dedicated to cowbells?

Ferrell's level of commitment to absurd character served him well in his first forays i n headlining comedies. However, it would soon make him an anomaly in feature-length comedies. In the mid-2000s, the Judd Apatow style of comedy took root in Hollywood. Previously bulletproof comedians like Carrey found themselves struggling to bring in audiences. A whole new style of laughs was suddenly the norm in Tinseltown. Characters were supposed to be down-to-Earth schlubs who occupied a decidedly R-rated world. Moviegoers were turning out for comedies starring people who could be their next-door neighbors. Meanwhile, Ferrell's movies starred people straight out of recurring Saturday Night Live sketches.

At first, Ferrell and his brand of comedy didn't feel that much of an impact from the new comedy movie norms. Talladega Nights and Blades of Glory both made money while featuring Ferrell as over-the-top sports figures, though Semi-Pro demonstrated this formula wasn't foolproof. In the years since, Ferrell has tended to gravitate more towards grounded types of comedic characters with weak results. His turns in Get Hard, The House, and Daddy's Home were certainly attempting to channel more modern comedic sensibilities but they really didn't work. At all.

Of course, doing the same old routine doesn't guarantee success either. 2018s Holmes & Watson saw Ferrell donning a deerstalker and a British accent trying to recapture wackier magic of his earlier films. The result was one of his lowest-grossing movies and some of the worst reviews of his career. Ferrell's newest star vehicle, Eurovision Song Content: The Story of Fire Saga, looks to be yet another attempt to capture the zany comedy stylings that marked Ferrell's earliest works in both film and SNL.

We'll see how that film and other future Ferrell productions fare in capturing the best qualities of Ferrell's comedies. Ferrell's only appeared in one really good movie (The LEGO Movie) since The Other Guys and the type of comedy that solidified him as a leading man at the dawn of a new Millenium is longer the norm in American cinema. Make no mistake, though, Ferrell has talent as a comedic actor and quite a bit at that. In his best works, Ferrell totally devotes himself to outlandish comedy to hysterical effect. Here's to hoping future Will Ferrell vehicles channel the actors admirable comedic commitment and create more films like The Other Guys and fewer films like Get Hard.
Posted by Douglas Laman (NerdInTheBasement) at 3:35 PM