In Laman's Terms: What Can We Do To Fight For Change? 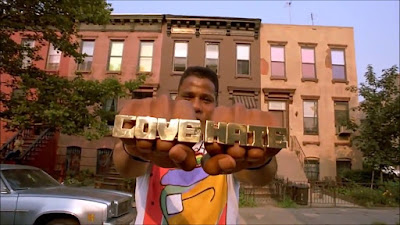 Today is a day for listening.

Of course, every day we should be listening to members of marginalized populations to understand their plight. But right now is especially important as protests occur all over the world in response to the racist police brutality that caused the death of George Floyd and so many others before him. White supremacy is a real threat in America and all across the globe. Courageous protestors are taking to the streets right now to fight back against not only these deaths but systemic institutions that protect white people from suffering any consequences for their racist violence. A problem this widespread, this enormous, this pervasive requires a response of equally gigantic magnitude.

In lieu of a traditional In Laman's Terms essay, this week's column will be dedicated to highlighting Black voices and charities dedicated to fighting racism. Put whatever money you can into these causes, keep on marching through the streets, and always stand up against racism in whatever form it takes.

First, let's look at speeches and columns about Black experiences If there are any recent powerful columns or speeches that you don't see on this list, please feel free to drop them in the comment section.

George Floyd, Houston’s Protests, and Living Without the Benefit of the Doubt by Bryan Washington.

Nicole Byer's Instagram Post about how to talk to White kids about the Black Lives Matter movement.

The Police Report to Me But I Knew I Couldn't Protect My Son by Keisha Lance Bottoms.

A Timeline of Events That Led to the 2020 'Fed Up'-rising by Michael Harriot.

America Whooped My Ass, And I Still Smile by Leon Ford

Why White Fragility Is, And Has Always Been, The Roadblock Towards Real Change by Lessie Branch


Now, as for charities fighting against racism that you can donate to, there's plenty of options. Here are just a sample of options:

Further charities and organizations you can donate to can be found here, here and here.

Today isn't just a day for listening. It's also a day for action.

March through the streets.
Give money to essential organizations.
Do whatever you can to fight back against racism.

Posted by Douglas Laman (NerdInTheBasement) at 11:43 AM