In Laman's Terms: Five Underrated 2020 Movies You Need To Catch Up On 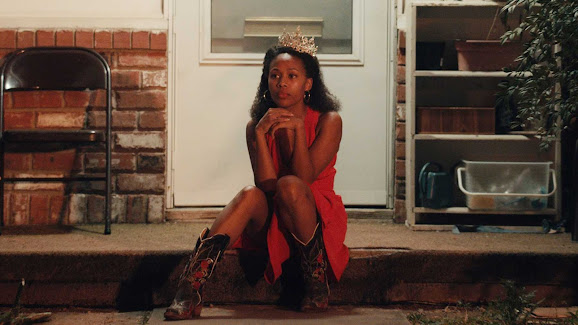 At this time of the year, I'm usually gearing up to catch up on new releases I didn't see in theaters. In 2020, those plans have changed. With no movie theaters opened and the amount of new releases severely cut down, there's just not as many movies to catch up on as there usually are. But that doesn't mean there's nothing to catch up on! For me, I've got The Photograph, Call of the Wild and Gretel & Hansel to watch in terms of 2020 wide releases. On the limited release side of things, I've got Vitalina Varela, House of Hummingbird and Bloody Nose, Empty Pockets, among others, to see.

If you're looking to navigate what 2020 movies you should catch up on in the final weeks of the year, I'm here to help! Below, I've compiled five standout 2020 titles that have not received nearly enough attention but that should be at the top of your watchlist! I've also made sure to emphasize where you can watch these movies so that you can access them with ease! 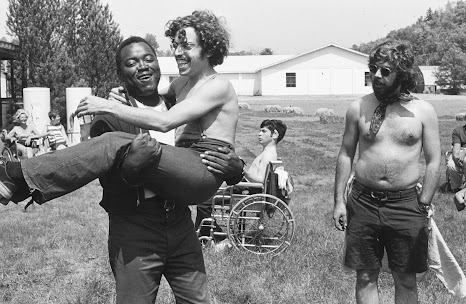 I've been beating the Crip Camp drum for almost a whole year now and I'll gladly continue beating it for years to come. Crip Camp is a documentary chronicling a camp in the 1960s made for people with physical disabilities. The viewer gets up close and personal with the participants of this camp, who are all emboldened from finally being around other disabled people. Just a heartwarming tale of a summer camp like no other would be enough to make Crip Camp something special. But then the documentary gets taken the next level once it shows how this sense of unity inspired years upon years of activism afterward. A sequence chronicling a sit-in from disabled activists that eventually garners help from local lesbians and black panthers is something to behold.
Crip Camp starts at its titular location but this impressive and emotionally rich documentary proves that vibrant humanity cannot be contained to just one camp.
Crip Camp is now streaming on Netflix. 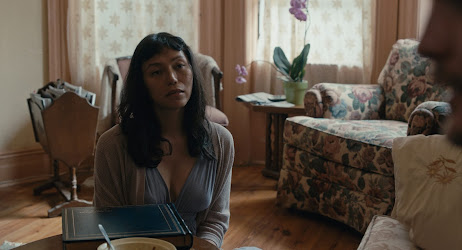 It's truly impressive how many different filmmaking influences Isabel Sandoval incorporates into her directorial debut, Lingua Franca. The likes of Martin Scorsese, Chantal Akerman, and Hiroshi Teshigahara are all evoked in her striking imagery. But this is not a movie that just leans on filmmakers of the past. Lingua Franca very much works as its own creation, particularly in how it generates tension through experiences unique to a trans woman immigrant of color. While those traits related to conflict are vividly realized, they're not the only way Lingua Franca's protagonist, Olivia, is defined. Sandoval's writing, direction, and lead performance all combine to make Olivia a human being richly defined well beyond her turmoil. Olivia's experiences in Lingua Franca make for an immersive character piece I haven't been able to stop thinking about. 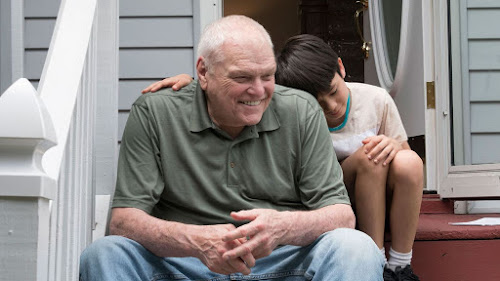 Driveways is a quiet movie. It's the kind of film where pivotal scenes take place in a Bingo hall and characters rarely raise their voices. It's also the kind of movie that sneaks up on you in terms of how emotionally invested you are in it. Director Andrew Ahn commands your attention with a lowkey and intimate yarn about an old man connecting with a newly-arrived mother-and-son. The bond developed between the three characters proves immensely engaging. To boot, it's also a relationship that allows Brian Dennehy to deliver one last great performance, particularly in the film's final devastating scene. Driveways is a quiet affair but when it comes to leaving an emotional impact on viewers, it speaks volumes. 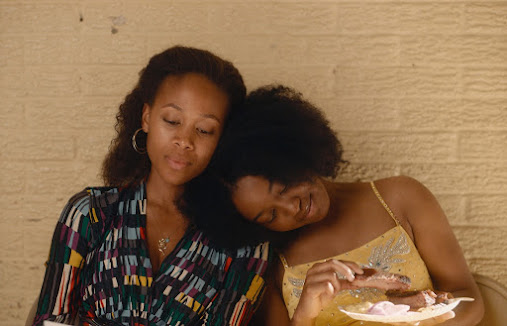 There have been countless movies about Texans. But none of them have been quite like Miss Juneteenth. From writer/director Channing Godfrey Peoples, Miss Juneteenth is a mother/daughter yarn that, among its many virtues, thoughtfully preserves the unique perspectives of both people in that dynamic. Peoples' writing also deftly establishes the unique financial hurdles facing the scripts two lead characters without having them just be defined by their poverty. Her skillful writing provides a launchpad for a dynamite performance from lead actress Nicole Beharie. Her brilliant portrayal of former beauty pageant contestant Turquoise Jones clutches your heart and never lets go. So too does the movie she headlines!
Miss Juneteenth is now available to rent or purchase digitally from retailers like Amazon and iTunes. 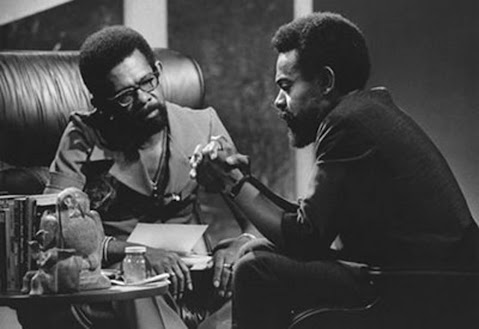 Ellis Haizlip may not be a household name among TV show hosts, but the documentary Mr. SOUL! makes a strong case for him being one of the most important figures to ever grace TV airwaves. A chronicling of his TV show SOUL!, Haizlip allowed the talents of Black artists from all forms of expression (poets, singers, magicians, you name it) to be shown in a platform unprecedented in its reach. Mr. SOUL! will turn even the most unfamiliar with Haizlip's work into die-hard fans of SOUL! Impeccably-chosen footage from the actual program that shows off everything from a James Baldwin interview to the poetry of The Last Poets makes it abundantly clear why SOUL! was so groundbreaking and so entertaining.
Mr. SOUL! isn't just a clip show of a great TV program, though. The documentary also helps put into context the long-term ripple effects of a show cut down in the prime of its life. Thoughtful interviews with the shows guests and crew members make SOUL!'s last positive influence apparent. This gets furthered reinforced in a closing montage that's as effective at conveying how SOUL! is part of the broader canvas of history as it is as getting one teary-eyed. Put simply, Mr. SOUL! is a must-see documentary full of such vibrant life.
Mr. SOUL! can be viewed through virtual cinema engagements and will air on PBS on February 22, 2021.
Posted by Douglas Laman (NerdInTheBasement) at 9:00 AM