A rickety third-act aside, Run is another suspenseful winner from the director of Searching 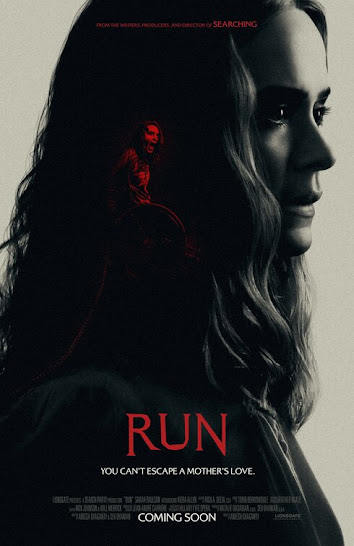 One disappointing part of how 2020's cinema has been impacted by COVID-19 is how it thwarted the release of movies starring people who don't normally get to headline major releases. As others have pointed out, the summer of 2020 was supposed to be a season full of movies directed by women, headlined by people of color and redefining who gets to star in what kind of movies in Hollywood. Run, originally set for a May 2020 theatrical release, was one such film, thanks to it being the rare major movie to star a physically disabled performer. Now, Run has been cast off from theaters and sent to Hulu, where it will remain lost to algorithms and trapped behind a paywall. Modern cinema is wonderful.

Anyway, Run is the newest movie from Searching director Aneesh Chaganty. It concerns Chloe (Kiera Allen) and her mom Diane (Sarah Paulson), both of whom live in an isolated home on the outskirts of an unnamed town. Chloe has a number of chronic illnesses, including asthma, diabetes and paralysis. Confined to a wheelchair, Diane makes sure Chloe is never in harm's way by keeping her as detached from the outside world as possible. As Run opens, their life seems relatively harmonious, though Chloe, now seventeen years old, is itching to go to college and spread her wings a bit. However, things take a turn for the worse after Chloe stumbles onto a peculiar detail regarding the label on her newest prescription. Her suspicion over her mother begins to grow as Diane tries to investigate a person who controls her life.

With Searching, Chagnaty and co-writer Sev Ohanian restricted themselves by keeping all the action limited to a computer screen. With Run, they've expanded themselves considerably by having the action take place across numerous different locations, like a traditional film. However, Chagnaty and Ohanian's proclivity for challenging themselves with self-imposed restrictions does continue in a new form in Run. This time, Chloe's limitations under the parenting of her mother (Diane doesn't even allow Chloe to have a cell phone) define the tension. How will Chloe be able to find out what her new medicine is without Wi-Fi? How can she escape from her room when she finds herself locked in?

These questions inspire extremely memorable set pieces that wring a lot of tension out of restrained circumstances. Just Chloe trying to keep an eye on her mother while also attempting to call somebody, for example, put me on the edge of my seat. Run uses Chagnaty's direction and excellent editing from Nick Johnson & Will Merrick to keep one propulsively engrossed. The best of these suspenseful set-pieces is a later sequence involving an interaction between Chloe, Diane, and a mailman named Tom (Pat Healy). Without giving anything away, it's remarkable how well Run keeps each of the individual perspectives so vibrantly apparent here without suffocating the suspense.

The way the characters of Run are always in the foreground of its thrills can be chalked up heavily to the performance of Kiera Allen. In her feature film debut, Allen makes for a compelling presence while also proving effective at selling Chloe's increasing level of terror at the circumstances around her. Through her performance, Allen constantly reminds you of the human being at the center of Run's most harrowing moments. Playing opposite of Allen is Sarah Paulson, whose performance hinging on an aura of externally helpful but internally creepy isn't anything new to the actor. However, there's a reason she always gets called up for these roles, Paulson really can crush this type of character, as she does here.

Run does lose some steam in its third act, which includes an abrupt slow-down for exposition and a climax that gets too big for itself. This larger finale frequently lacks the intimate thrills of earlier parts of the production. However, even here, Run delivers its fair share of memorable suspenseful moments and Kiera Allen's performance remains top-notch right to the final giddily morbid moment of Run's runtime. It's not the equal of Chagnaty's Searching, but that's a high bar to clear. On its own, Run is still a very well-made thriller that more than delivered when it comes to crafting unique suspense sequences. Now if only this entertaining thriller wasn't just available to Hulu subscribers...