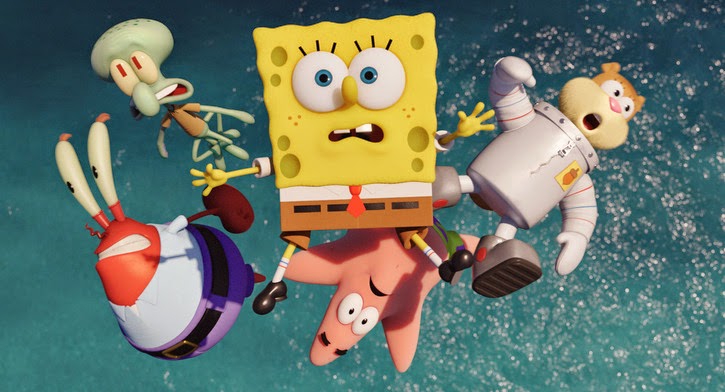 Three new nationwide releases are coming out this weekend in an effort to take American Sniper away from the number one spot it's held for three straight weekends. Spongebob should accomplish that task with ease, though the other two new releases of the weekend will face more difficulty in this frame.

Spongebob's first movie back in 2004 opened to $30 million at the height of the characters popularity. The goofy absurdity of that movie made it a treat for kids and adults alike, but episodes of the Spongebob TV show that aired after that film were universally declared lackluster, damaging the programs reputation. Now in 2015, Spongebob has been usurped by the likes of Adventure Time and Gravity Falls as popular animated programs, though this film may be able to still achieve some level of success.

Much of that success can be attributed to the early February release date that's worked wonder for family movies since 2011. That date is just late enough so that Christmas family movies have vanished, leaving space in the marketplace for a new family feature, and just early enough so that these movies can get a great second weekend dip courtesy of Presidents Day. Spongebob should utilize that date to open at a similar level to 2011's Gnomeo & Juliet and 2012's Journey 2 (both of which opened to $25 million) and use the holiday weekend next week and the rest of the month devoid of family movies to just inch past $100 million.

Jupiter Ascending has had a long-winded path to the screen, originally scheduled for July 2014, the movie was bumped up a month before release to it's current February 2015 release date. It's unlikely that shift has helped the films financial prospects, as Warner Bros. marketing has been pretty much reduced to TV spots full of noise and commotion, not characters or plot. Middling reviews won't help either, leaving this film in a tailspin in terms of box office potential. John Carter, another non-sequel sci-fi feature released in the first quarter of the year, opened to $30 million, and that wasn't with a film like American Sniper in the marketplace, though Jupiter does have huge stars like Channing Tatum on it's side. Still, look for it fall short of Carter's opening as well as a $25 million opening.

At least this movie will fare better than fellow delayed 2014 blockbuster The Seventh Son. This Legendary Pictures feature will likely fall short of $10 million, thanks to abysmal reviews, a lack of compelling characters or plot in it's marketing as well as intense competition from fellow action movies Jupiter Ascending and American Sniper. Even that haphazard Super Bowl spot the movie aired this past Sunday won't help save it from it's inevitable doom.

Chris Kyle biopic American Sniper will likely fall behind two of this weeks three new releases, with what should be a dip in the high 30%'s. Fellow January 2015 success Paddington will have a harsh dip thanks to Spongebob entering the marketplace, though Super Bowl Sunday diluting it's grosses last weekend means it'll hold a bit better than under normal circumstances.