Wolf is a beast of a movie, but not in a good way 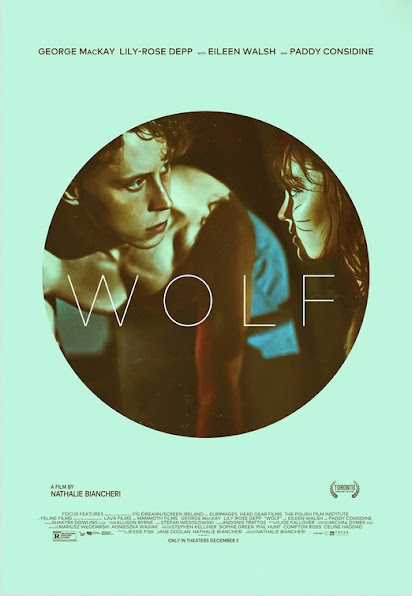 Watching Wolf, a drama about a teenager with species dysphoria who thinks he's a wolf (that age-old Hollywood chestnut), unfold, I had to ask myself the question "Who is this for?" The story it tells, concerning a teenage boy being sent to a camp to "correct" his behavior, is an allegory for the hardships experienced at a conversion camp. However, I doubt that anyone who willingly sees's this would need to be told that conversion camps are bad, which is where Wolf's commentary on conversion camps begins and ends. Anyone with similar interests to the protagonist will be put off by the bleak tone and extensive depiction of teenagers getting tortured. Even those who just like strange dark dramas will be bored by how Wolf strangely refuses to commit to taking its premise to more unexpected places.

What we have here is a movie made for nobody, though, more specifically, it feels like the kind of thing made by cis-gendered heterosexual people as an attempt to show how good of allies they are to queer people. Next time, they should just donate money to a charity instead.

Getting more into storytelling specifics, Wolf chronicles Jacob (George McKay), who thinks he's a wolf, and gets sent to a clinic specializing in treating adolescents with species dysphoria (a condition where you think you're an animal). A man known as The Zookeeper (Aiden Gillen) runs this facility and he uses brutal practices to reinforce to these people that they are not wild creatures. It's a horrible place, but Jacob does find some solace in a budding romance with Wildcat (Lily-Rose Depp). However, as his stay goes on, Jacob struggles to maintain his urges to howl at the moon and growl at The Zookeeper. What will win here? His wild instincts or the human side that his parents want him to exclusively embrace?

Writer/director Nathalie Biancheri opts to take Wolf in the most boring route possible by playing its story as ultra-serious. In a bid to make sure this is seen as a "real" movie, Wolf is drained of humor, personality, or any sense of warmth. Jacob and the other inhabitants of this clinic are only defined by the misery they experience at the hands of callous adults. Meanwhile, the direction and cinematography opt for constant wide shots, minimal color, and an overall clinical approach. At times, Wolf feels like it's channeling the look of a Yorgos Lanthimos movie without understanding the finer nuances of why the camerawork in those features is so impactful.

There's never an instance here where the movie wants to seem like it's embarrassing itself by being "silly" or any other lower creative instinct. Even the animals Jacob and Catgirl believe themselves to be are rudimentary. Dogs and cats, the most basic critters possible. They also exhibit the most manageable animalistic instincts in their behavior, the stranger urges are relegated to background characters. Wolf keeps trying to sand the edges of its innately peculiar storyline, but it doesn't manage to magically turn this movie into something inherently thought-provoking. It just renders the proceedings a massive slog to get through.

Even other movies set at literal conversion camps, and not just allegories for them, found time for brief bursts of joy to reflect the interior lives of the tormented protaganists. Think of how the vastly superior The Miseducation of Cameron Post carved out a portion of its narrative to depict queer teens singing the 4 Non-Blondes song "What's Up" in a kitchen. These moments indicate to the viewer that we're supposed to sympathize with the abused characters in the narrative. Wolf, meanwhile, just depicts its various people with species dysphoria as sideshow attractions to be gawked at. They don't get nuances, personalities, dreams, or anything else. They just cower, get their fingernails pulled off, or scream while being chained in cages. Freaks from back in 1932 was challenging the dehumanizing gaze that Wolf inhabits without blinking an eye.

Combining the bleak tone and derivative filmmaking with the lack of interest in humanizing the downtrodden already makes Wolf a poorly-conceived exercise. Things get even worse when Biancheri's screenplay practically punches you in the ribs with its attempts at social commentary. The most comically inept of these is when The Zookeeper explicitly refers to humans as "the superior race" compared to animals. I don't even know where to begin with the idea that this is supposed to be an allegory for racism, especially since Wolf shows no prolonged interest in the perspectives of people of color. Other awkward lines that try to hammer home how this is supposed to be an allegory for queer and trans experiences only reinforce which audiences Wolf certainly won't be appealing to.

The only redeeming part of Wolf is that George McKay does deliver a committed performance as Jacob. He doesn't just generically crawl around on all fours when he's in wolf mode, he's got the subtle ticks of wolf behavior down perfectly. It's the kind of fully-body acting that shows a lot of effort and work, but McKay's dedication is always at odds with a script that just doesn't have much to say. Meanwhile, as the villain, Aiden Gillen is initially compelling playing a clearly abusive figure who genuinely sees himself as a surrogate father figure to these teens. Unfortunately, by the end, Gillen's performance just melts into generic over-the-top mannerisms. The nuances that gave The Zookeeper flashes of being chilling have vanished, giving Gillen nothing much to do.

The most ill-conceived part of Wolf, though, is the decision to set this all in the modern-day world, as seen by how Jacob and all the other attendees are given iPads. Shockingly, a movie with this premise set in the year 2021 makes absolutely no reference to the Furry community. Do none of these kids have the internet? How does that not come up? Considering how much overlap there is between species dysphoria and this segment of the population, it feels comical to not at least acknowledge it. But referencing the existence of people with species dysphoria that are happy would've upended Wolf's parade of misery. A movie that aims to be brutally thoughtful, Wolf just ends up being miserable to watch. McKay, Gillen, and moviegoers looking for thoughtful entertainment related to conversion camp experiences deserve much better than this.