The Power of the Dog is packed with extremely powerful filmmaking (SPOILERS!) 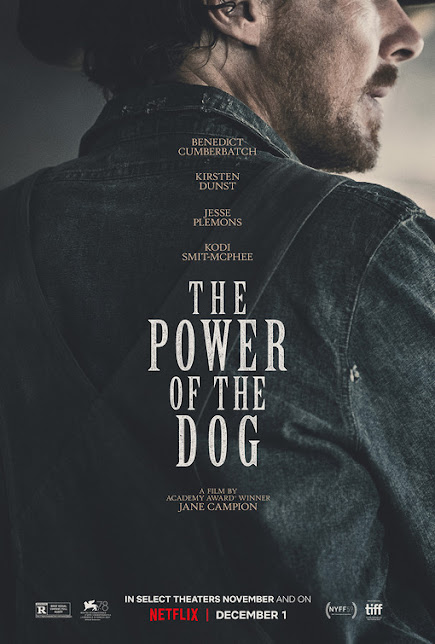 SPOILERS FOR THE POWER OF THE DOG AHEAD

THE MOVIE'S GREAT, GO WATCH IT IN THEATERS (OR ON NETFLIX ON DECEMBER 1), BUT I JUST FEEL LIKE I CAN'T TALK ABOUT THE MOVIE PROPERLY WITHOUT DELVING INTO BIG REVELATIONS.

YOU HAVE BEEN WARNED!

The specific dates vary from one historian to the next, but the traditional vision of the "Old West" was pretty much gone by the time the final decade of the 19th-century rolled around. The era of cowboys roaming the wild plains had trotted off into the sunset. Jane Campion's eighth theatrical feature film directorial effort, The Power of the Dog, takes place in 1925. Even in this time from a century ago, protagonist Phil Burbank (Benedict Cumberbatch) dresses and acts like a man from another era. The "Old West" may be gone, but Burbank still puts on his enormous pants, spurs, and acts like nothing's changed from the 1800s. He's a man stuck in the past, much to the detriment of everyone else around him.

Based on a novel of the same name by Thomas Savage, The Power of the Dog depicts Burbank as a man who embodies every toxically masculine trait you can imagine. He mocks teenager Peter Gordon (Kodi Smit-McPhee) for making flowers out of newspapers, he removes the testicles of bulls with his teeth without blinking, and he boasts about how he carries the stench of the Earth on his body. This guy couldn't turn off a light switch without using it as an opportunity to reinforce his aggressiveness.  It's all part of lessons he learned from Bronco Henry, a mentor figure that Burbank still worships even though he's now passed away.

Naturally, the disagreeable Burbank doesn't take kindly to his brother, George (Jesse Plemons), getting married to Rose Gordon (Kirsten Dunst), Mom of Peter. Phil Burbank does everything he can to make sure Rose's life is Hell now that she's moved into his and George's ranch. With Rose taking to drinking to cope with her miserable existence, a new plot twist develops when Peter Gordon and Phil Burbank start to get friendly. What's going on here? Is Phil trying to further torture Rose by turning her own son against her? Or could Phil have some deeper, concealed plans for Peter?

Allow me to put it simply: I was fully absorbed by The Power of the Dog. There's no other way to say it. We've had tons of Westerns that examine the toxic nature of individuals adhering to classical ideas of masculinity, but none of them are quite like Campion's take on this concept. For starters, Campion filmed The Power of the Dog in her home country of New Zealand. The story takes place in America, but the landscape doesn't look like something you'd find in a John Ford film or Unforgiven. Graned canyons and dry plants are absent here, replaced with a luscious forest and an endless series of grass-covered hills. Pluck a frame from the movie, and it looks immediately distinct from other entries in the Western canon.

Meanwhile, Campion, building on the bedrock laid by Savage's source material, crafts characters that constantly keep you guessing. Phil Burbank, in particular, keeps you on the edge of your seat in terms of what he's capable of and what's motivating him. The mid-movie reveal of his queerness, as well as how his relationship with Bronco Henry was a romantic one, adds a layer of tragedy to his behavior. It doesn't suddenly make his abhorrent actions justifiable, but you can understand what molds his fractured psyche. His clinging to an old vision of extreme masculinity is a coping mechanism, a way to ward off suspicions that he could be queer. Meanwhile, his insistence on making everyone around him miserable (he even calls his brother "Fatso" as a casual nickname) suddenly registers as a way for Phil Burbank to ensure his relatives and companions are just as despondent as he is.

Heck, typing this review out, I even realized his animosity towards George and Rose is his way of lashing out at how these two can have the sort of romance he can't carry out in society in this era. There's so much going on with this despicable yet tragic character. Even with these extra details, Phil Burbank stills appropriately chills you to the bone, especially when he's tormenting Rose (this character makes the crunch of an apple or some whistling so menacing!) or grooming Peter as a potential new lover. A predator who clings to the past as a way of coping with his trauma, Phil Burbank is a terrifying but fascinating character.

He's played with such incredible ferocity by Benedict Cumberbatch, in a performance truly unlike anything else he's delivered as an actor. Much of the transfixing complicated nature of this figure comes from Campion's writing, but Cumberbatch's work on-screen is also critical in that equation. The whole cast is top-to-bottom excellent, especially Kodi Smit-McPhee whose quietly detailed work only gets more and more unforgettable as the story goes on. Knowing that Smit-McPhee's character is the one who gets to be victorious over Phil Burbank in the end, I'm dying to rewatch The Power of the Dog just to see how this actor subtly conveyed his character's underlying motivations.

This superb crop of performances is framed through Campion's remarkable camerawork, which features a visual motif of the character's fingers running down the surfaces of certain objects in close-up. They're such memorable images, but they're more than just pretty pictures. There's an unmistakable eroticism in these frames, as Campion quietly suggests that this action is how suppressed sexual inclinations get communicated. Like how Hays Code era films had to resort to trains traveling through tunnels to communicate the practice of sexual intercourse, so too do the characters of The Power of the Dog have to find other ways to convey sexual urges in plain sight. Also love how often the naked male form is framed in a homoerotic manner, especially in a scene where a bunch of cowboys shed their clothes and romp in a lake together. The sturdy masculinity of classical Westerns is upended here, while Camion is also suggesting that queerness is unavoidable. It seeps into everything, including lake time with the bro's, no matter how much conventional society tries to stigmatize it.

All of these magnificent visuals and performances are paired up with another killer score from Jonny Greenwood. Campion isn't the only one finding ways to upend Western norms with her work in The Power of the Dog. Greenwood also delivers music that sounds totally detached from the orchestral norms of the genre. The frantic clanging of the keys of a mechanical piano and haunting violins dominate the soundtrack. The use of such instruments accentuates the unique creative spirit that defines The Power of the Dog. Though it centers on a character rooted in elements of the past, Jane Campion's latest work is a bold vision that's totally unlike anything else that came before it.