Ailey has a tendency to trip on its own feet 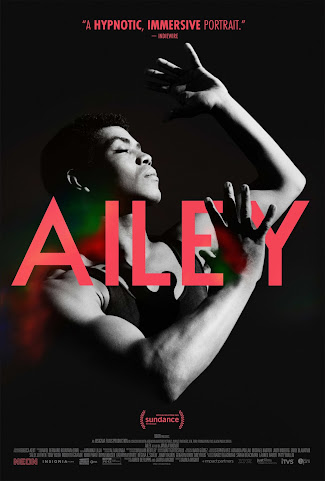 Alvin Ailey was one of the great dancers and choreographers of the 20th-century. He took the artform of dance and used it to convey experiences specific to Black people that could resonate with audiences across the globe. Stories, pieces of culture, and lives that had previously been banished from this domain were given a chance to shine in the spotlight thanks to Ailey's work. The documentary Ailey, from director Jamila Wignot, explores the life of Alvin Ailey as well as his legacy in the form of dances performed by students at the Alvin Ailey American Dance Theater. This legend may be gone but his work continues to live on.

The inherently secretive nature of Alvin Ailey was always going to make this documentary a challenging prospect. As noted by several interview subjects, Ailey kept himself at a distance from many people. This included his late diagnosis his passing from an AIDS-related disease in 1989, which was kept hidden from the world. This is an extremely understandable decision given that, as one person in Ailey notes, the broad perception at the time was that AIDS was something "you deserved". Being a black queer man in the 20th century, Ailey had to keep his guard up, he had to put some barriers between himself and others.

It wouldn't be impossible to explore such a figure covered in mystique in a documentary, but Wignot's feature opts for a more traditional style of filmmaking that feels slightly ill-suited to its central subject. Providing a chronological look at Ailey's life complete with talking heads doing their best to interpret what was going on inside this genius's mind provides some interesting insight and story, such as how Ailey and his dance troop resonated powerfully in countries like Australia. But it also keeps the project feeling surface-level, there's only so much these individuals can tell us. The fact that we don't get to see a ton of videos of Ailey engaging in his craft (because who was filming dance performances in the 1950s?) creates further distance between the viewer and Ailey.

A more avant-garde approach to this project could've made the secretive nature of Ailey immaterial and allowed us other unique ways of gaining insight into this man. Instead, Ailey opts for a more familiar mold that does a disservice to the trailblazing figure it chronicles. A decision to frequently cut back to modern-day dancers at Ailey's dance theater also proves oddly superfluous to the project. There are certainly some interesting moves on display here and the commentary provided by instructors shows the level of thought that went into Ailey's works. However, these segments end up being too detached from the rest of the movie, the intent of rendering these as visual signifiers of Ailey's legacy doesn't come through as powerfully as it should.

While these are all major drawbacks to Ailey, there's still plenty of engaging material in here. Not surprisingly, much of this comes from archival interviews from Alvin Ailey himself provided in voice-over form. If they'd just had provided this audio over a blank screen for two hours, I honestly would've been riveted. Ailey was famous for his physicality but he's also a great storyteller. It's especially impressive how he can turn moments of abuse into humorous anecdotes, like him recalling how a High School gym coach rhetorically asking him "Are you a sissy son??" made Ailey want to shout "Yes I am!" The way he can transform pain into something personally reaffirming and even humorous, that speaks to the perseverance that guided Ailey's mold-shattering career.

Wignot's refusal to eschew the more complicated parts of who Alvin Ailey was is also a highlight of the production. Stories from former co-workers and friends don't hesitate to mention that Ailey could be difficult and even seem like a totally different person in some circumstances. It's a choice that consciously paints him as a multi-faceted human, there is a nuanced figure behind all the legendary choreography. On top of all that, moviegoers are also treated to a series of dance performances that are truly impressive. Even if the structure of Ailey feels ill-suited to its subject, the best sequences in here capture the bold creative spirit of Alvin Ailey.