I Carry You with Me is rich with emotionally powerful filmmaking 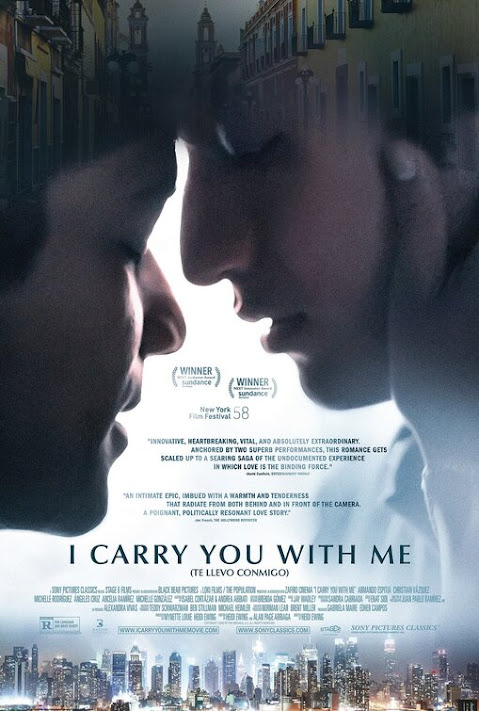 As I Carry You With Me begins, Iván (Armando Espitia) and Gerardo (Christian Vázquez) begin a quiet romance. The societal stigmas against being gay keep their relationship a secret but one they both reassure deeply. However, Iván begins to feel constrained in his home country of Mexico, especially once his relationship with his son is taken out of his hands. To pursue his dreams of becoming a chef, he must travel to America. It’s a journey Gerardo is just not prepared to go on.

As Iván begins his trek to a new land, the memory of Gerardo keeps clinging to his soul, as do recollections of other key events of his past. It’s a demonstration of a key trait in the screenplay by Alan Page Arriaga and Heidi Ewing (the latter of whom directs) concerning how it handles time. I Carry You with Me leaps around the lives of both Iván and Gerardo in a non-linear fashion. Their love, torments of the past, small details from the places where they grew up, they’ve all left such an indelible mark on their souls that their influence can be felt at any given moment. Thus, the story, similarly, can break over to the past at any point.

While this presentation may prove challenging to some viewers, it’s impressive how well I Carry You with Me executes this trait without turning it into a gimmick. Each time Arriaga and Ewing shift back to the past, there’s a concrete reason for it. Meanwhile, the decision to have some scenes set years prior be more mundane elements or conversations strikes an authentic chord in realizing how the most impactful moments of our lives can also be the most throwaway. The non-linear approach of I Carry You with Me is memorable, but it also enhances, rather than overwhelms, the movie it occupies.

Arriage and Ewing’s script does stumble with some overly didactic pieces of dialogue between characters in the second half of the movie. Some exchanges between Iván and Gerardo convey concepts that could have been more powerfully communicated through simpler visuals. This, however, is a minor quibble with a screenplay that otherwise does remarkable work dealing with the angst but also tender joy experienced by the two protagonists of I Carry You with Me. Their lives have hardship, yes, but they do not become vessels for merely turmoil.

These moments of joy are framed with such tenderness by Ewing. She and cinematographer Juan Pablo Ramírez match the considerate qualities of the writing by lending such careful details to how Iván and Gerardo are captured. Often, the duo is caught in wider shots and at a distance, as if to suggest how far they are from being accepted by the societies they inhabit. But extremely intimate shots are utilized for passionate displays of affection between these two men. Their kisses fill up the screen, as do moments where they caress each other’s bodies. The very actions forbidden by those like Iván’s mother dominate the frame and are filtered through a gaze as loving as it is encouraging.

Through these images, were are immersed so deeply in the headspace of the two leads of I Carry You with Me that it becomes clear why Iván can never forget Gerardo. The distinctiveness of the filmmaking properly captures the memorable nature of their romantic encounters. It’s a beautiful intertwining of camerawork and characterization that lends a beating vibrant heart to this romantic drama. That quality is only enhanced through the excellent lead performances, particularly Armando Espitia’s richly detailed turn. Though they may have to carry out their love quietly at first, the connection between Iván and Gerardo makes for transfixing cinema in I Carry You with Me.