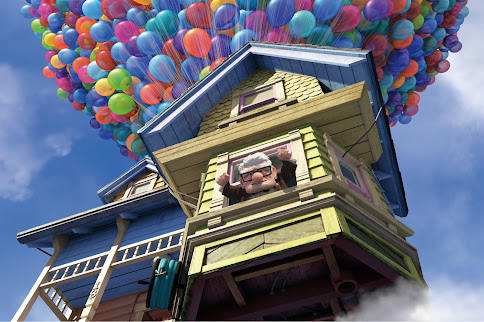 Across the various titles in PIXAR's catalogs, it can be hard to pinpoint a singular theme or message you can attribute to a specific filmmaker. For example, it's become apparent over the years that the more personalized edges of Brave got sanded off once original director Brenda Chapman was fired from the project. Lee Unkrich's two PIXAR films (Toy Story 3 and Coco) are both terrific but there isn't much in the way of thematic overlap there. But that's not quite the case with Docter.

After kicking off his directorial career with Monsters Inc. (which feels very much indebted to the "what's life like from their perspective?" mold early PIXAR movies were crafted in), Doctor has gone on to craft a trio of PIXAR movies, Up, Inside Out and Soul, that work as well as parables about appreciating life as they do as big-budget family movies.

How did Docter accomplish this? It's really as simple as just the fact that Docter's works aren't afraid to delve into deeper or complicated material. Up's opening montage deals with a prominent character realizing she can't have children. Inside Out's finale hinges not on explosions but on a family being united through sadness. And as for Soul, the whole movie is an existential exercise that contemplates how little difference there is between creative euphoria and destructive detachment.

The thoughtful nature of Soul is especially well-realized in a moment that really rang true to me personally that happens after Joe Gardner gets to perform at his dream gig. In the wake of this moment, he asks the band's leader what happens next. "We come back tomorrow and do it all over again," she replies.  In this moment, Gardner realizes the dream that was supposed to transform his life has become just another routine. It's something that hit powerfully for me, someone who's always taken aback by how any big development in life doesn't automatically make my life perfect.

When I came back from my first ever trip to New York, I returned home with a zip in my step and a song in my heart. But a few days after singing showtunes with my friends in Marie's Crisis in NYC, I was back to selling cigarettes at Walgreen's. A seemingly transformative moment in my life had come, gone and normalcy was once again reigning supreme. Just like with Gardner in Soul, I was learning that big events aren't what gives us purpose. More intimate things in everyday life, like the connections we make with others, are what gives us purpose.

That's the sort of thought process that Docter doesn't just explore in Soul. It's also a key component of Up, whose most emotional scene (excluding that masterful opening, of course) comes when Carl Fredrickson finally flips through the back-half of the Adventure Is Out There book belonging to his wife Ellie. Here, Fredrickson discovers that the pages she had set aside as a kid for all the rousing adventures she'd eventually have aren't empty at all. They're actually filled with photos of Ellie and Carl in marital bliss. All the little moments, like holding hands while sitting in their chairs, were an adventure to Ellie. It's an incredibly moving sequence that sees Fredrickson coming to terms with the past and realizing, through reading Ellie's inscription of "Thank you for the adventure, now go have another!", that he can still have a future.

Docter's PIXAR films are full of these kinds of weighty ruminations on finding fulfillment in life. However, these three films don't just feel like retreads of each other. Each time, Docter works with a new co-director and group of screenwriters that ensure uniqueness across Up, Inside Out and Soul. For Up, co-director and screenwriter Bob Peterson brings welcome doses of unabashed cartooniness in the form of canines who can pilot planes, a yin to the yang of Up's emotionally brutal scenes.

On Soul, meanwhile, co-director and screenwriter Kemp Powers uses his experience in the world of theatre to write such tenderly-crafted intimate scenes between the film's characters. A thoughtful confrontation between Gardner and his mother especially resonates as something that would be a common sight in a stage play, but is utterly unique for kid-friendly American animation. Powers commits to focusing just on the dialogue between these two characters, with no intrusive gags around to distract from the emotions of the sequence. It's a beautifully-rendered moment and an example of how Powers' unique skills as a writer get to shine in Soul.

Docter's works cover similar thematic territory that make them so distinctly his own. However, another trademark of his productions is the distinct presence of people like Peterson and Powers, not to mention the unique qualities brought to the table by other departments like the animation team. These films are not Docter's own, which is an extension of how universally-relatable the themes of his movies are. Just as Docter's works can resonate with audiences the world over, so too are they brought to life through people the world over.

It sounds like a contradiction that some of PIXAR's most auteur-driven movies would also be so clearly the result of many artistic voices coalescing gracefully. But life is full of those kinds of beautiful contradictions. It's one of the many wonderful things in life we can take for granted, myself very much included. If there's one thing to take away from Pete Docter's directorial efforts, it's how wonderful those throwaway parts of life are. Thankfully, we have movies like Docter's directorial efforts Up, Inside Out and Soul to help remind us of that truth.