Leslie Harris Makes a Thoughtful & Bold Directorial Debut with Just Another Girl On The I.R.T. 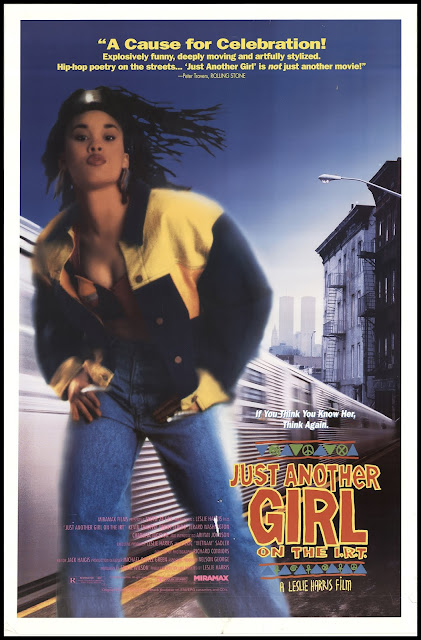 SPOILERS FOR JUST ANOTHER GIRL ON THE I.R.T. AHEAD!

Are you wondering who exactly Chantel Mitchell (Ariyan A. Johnson), the protagonist of Just Another Girl on the I.R.T., is? Don't worry, she'll let you know via fourth-wall-breaking dialogue delivered straight to the audience. Taking a cue from Ferris Bueller and Daffy Duck, Chantel Mitchell lays bare her interior motivations and personality through frank conversations with the viewer. Decimating the barrier between a fictional lead character and the audience isn't something wholly new in filmmaking but it being used to lend a voice to a member of a population that typically doesn't get to headline American cinema (especially circa. 1992), that certainly is a bold move.

Reinterpreting the act of fourth-wall-breaking as a way of allowing a woman so frequently pigeonholed by the people around her is one of many ways Just Another Girl on the I.R.T. shatters traditional cinematic conventions in telling its own unique coming-of-age tale. Such a tale concerns Chantel Mitchell being convinced she has her whole life planned out. She's going to continue pursuing her studies (she's a straight-A student and a master at calculus) by going into college so that she can achieve her own dreams as well as, in her own words, avoid the stifled life her parents ended up living. All of those ambitions begin to unravel as her relationship with model Tyrone (Kevin Thigpen) takes an unexpected turn once Chantel becomes pregnant.

From here, a greater degree of chaos begin to enter Chantel's life as she tries to continue living her life without even recognizing that anything's changed at all. Through all of these personal ups-and-downs, writer/director Leslie Harris executes the proceedings in a manner that manage to have their cake and eat it too. Specifically, Just Another Girl on the I.R.T. is able to explore its lead character through means that are sometimes cognizant of the audience and other times totally ignorant of the viewer. The former aspect is apparent in the aforementioned fourth-wall-breaking conversations Chantel has with the viewer about who she is. However, the latter type of storytelling proves just as informative about who Chantel Mitchell is as a person.

Such storytelling emerges in sequences where Another Girl just lets the camera roll, usually through a single shot or a minimal amount of angles, on extended conversations between Chantel and other characters. Such scenes come across like we're right in the room with the other characters or that a camera is incidentally filming slices of the protagonist's life as she engages in dialogue exchanges performed in an exceptionally naturalistic manner. This lends real weight to a fight between Chantel and her father or believable fun energy to an amusing scene where Chantel and her two best friends have a raunchy conversation about sex.

Though this is the directorial debut of Leslie Harris, she already shows a remarkable ability for balancing out more heightened touches (like those fourth-wall shattering conversations or a dream sequence Chantel gets the chance to teach her class) with sensibilities that are ripped straight out of reality. She's also able to nicely pull off the tonal shift from a more casual comedy in the first two acts to a much darker drama in the climax. It's doubtful that when you start watching Just Another Girl on the I.R.T. you'd expect the finale, centering on Chantel abruptly having to give birth to her child in Tyrone's bedroom, to be as intense as it is. However, this movie doe not hold back in its depiction of both Chantel and Tyrone being woefully underprepared for the overwhelming scenario they're found themselves in.

Part of why that tonal shift manages to work is because Harris makes sure to keep Chantel's personality consistent from one part of Just Another Girl to the next. In the middle of the scream-laden climax, Chantel's determined personality from the opening scenes still comes through, including in a truly effective moment where, in a moment of justifying her decision to abandon her newborn baby, she just repeatedly states "I will not end up like my parents." That same drive to not repeat the past endures even in the middle of all this turmoil, though such a scene brilliantly inquires if Chantel's way of responding to this drive will not end up creating new trauma a subsequent generation will seek to avoid repeating. Such weighty ideas are subtly interwoven into Just Another Girl on the I.R.T., which constantly moves around in tone and style. In the middle of all those variations, though, is consistency in the form of Just Another girl on the I.R.T. constantly focusing on protagonist's perspective.
Posted by Douglas Laman (NerdInTheBasement) at 10:15 AM