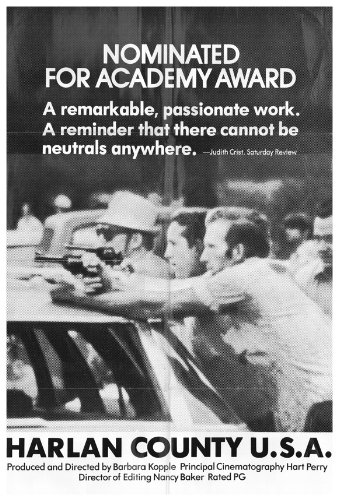 The history of American civil rights is less of an always upwards arrow pointing towards progress and more of a straight line occupying the space of oppression. That isn't to say America has never made progress in terms of recognizing the rights of marginalized communities. But it is shocking how we're still fighting many of the same civil rights battles that were raging on decades ago. Seventy years later, America is still putting members of racial minority groups into concentration camps, women, especially women of color, struggle to be seen as equal in the eyes of their fellow citizens and major corporations are still trampling over the rights of individual workers to save a few pennies.

Though the primary faces of such dehumanizing practices may have shifted from owners of coal mines at the outset of the 20th century to companies like Amazon in the modern era, the lengths everyday workers have to go to reaffirm their basic human rights to corporations remain just as extreme as ever. These struggles of the average American is chronicled in an unflinching fashion in the Barbara Kopple documentary Harlan County U.S.A. Specifically, Kopple captures a large group of coal miners working in Harlan County, Kentucky who have gone on strike against the Duke Power Company in hopes of securing better working and living conditions.

Immediately, the striking workers face a barrage of challenges from a company that has no interest in spending the money necessary to improve the status quo. Another threatening hurdle is that the local law enforcement is very much in the pocket of powerful Duke Power Company figures, they're just itching to find an excuse to abuse the striking workers. This David vs. Goliath scenario is captured through the eyes of Kopple's camera, whose presence can be easy to forget about. That's not meant as an insult towards Kopple's work behind the camera, rather, it's a testament to how well she chronicles the captivating stories of these striking miners. Like the best visual effects, Kopple's camerawork is so immersive that you don't even realize it's there.

When it does creep into your mind that there's a documentary filmmaker capturing all of this footage, it's because you can't believe Barbara Kopple managed to capture the footage she did. This is especially true in an indescribably harrowing sequence depicting a nighttime drive-by-shooting committed by anti-union miner Basil Collins. What's most horrifying about this sequence is how vividly it captures the terrified surprise of the striking miners, the prospect of having to duck to avoid bullets was not on anybody's mind when they showed up to strike tonight. Their screams in this moment are unspeakably disturbing and hammer home the chilling lengths powerful figures will go to undermine people fighting for their basic rights.

Another unnerving element of this sequence lingering in my mind is a singular image of Collins' face basked in a small beam of light captured by Kopple's camera. Collins continues to provide moments of intensity in a subsequent sequence where the remarkable nature of Kopple's work as a director is once again made clear. Said scene depicts a police officer testily going back-and-forth between striking miners and Collins, with it taking me nearly this entire sequence before it hit me that Kopple and her crew were following this police officer around as he engaged in these interactions. This is a tense moment that easily feels like it could flip into violence at any moment yet the camera keeps rolling. The presence of danger does not mean Kopple and company will be turning a blind eye to the plight of the disenfranchised miners.

Harlan County U.S.A.'s boldly-executed camerawork is enough on its own to make this a noteworthy motion picture. However, there's still plenty of other qualities of the production worthy of immense praise, especially the editing by Nancy Baker and Mary Lampson. Their work is particularly exceptional in the middle section of the film where we cut between footage of the striking miners and archival footage that lends greater context to the history of American unions in the 1960s. Their editing helps to put the struggles of the Duke Power Company miners in a greater context without sacrificing the essential intimate nature of Harlan County U.S.A. in the process. It's truly discouraging how little progress has been made for the rights of workers in the forty-four years since Harlan County U.S.A. premiered. At least art like this Barbara Kopple-directed documentary exist to powerfully remind us all of the struggles faced by human beings merely trying to get treated like humans.
Posted by Douglas Laman (NerdInTheBasement) at 1:29 PM