The Mauritanian has a strong lead performance but a messy script 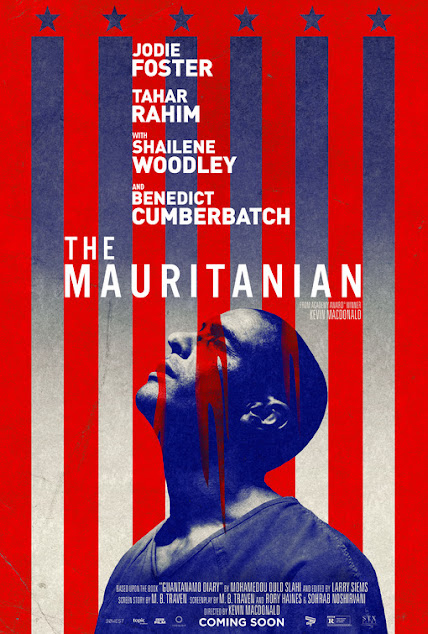 Mohamedou Ould Slahi (Tahar Rahim) was just at a wedding when he was arrested by local police in Jordan. Afterward, he was transferred over to Guantanamo Bay, where he was kept imprisoned for years but never actually charged with a crime. Years into his detainment, lawyers Nancy Hollander (Jodie Foster) and Teri Duncan (Shailene Woodley) are hired to defend Ould Slahi. Unfortunately, that's a difficult procedure because the U.S. government is refusing to hand over any kind of evidence that would indicate Ould Slahi is actually guilty of a crime. The prosecuting lawyer in the case, Lt. Colonel Stuart Couch (Benedict Cumberbatch), is having similar struggles as he tries to grab a hold of any evidence that could ensure Ould Slahi ends up behind bars.

This problem is exacerbated by how Ould Slahi refuses to talk about his experiences in captivity due to paranoia over the personnel at Guantanamo Bay retaliating against him if he does. The Mauritanian, then, is about a trio of Americans peeling back layers and layers of conspiracy to discover how the U.S. military tortured suspects in acts of terrorism in the wake of 9/11. However, above all else, it's about the experiences of Ould Slahi as he fights for freedom and learns that his own voice can be the most powerful tool in facing injustice.

If there's a critical flaw to The Mauritanian, it's that it's just too overstuffed for its own good. We've got three major plotlines going on and then there are also lengthy flashbacks involving Ould Slahi first coming to Guantanamo. These sometimes dovetail to flashbacks-within-flashbacks to earlier days of Ould Slahi's life. Director Kevin Macdonald incorporates distinct aspect ratios and camera lenses to help differentiate between the time periods but this still a lot of ground for one movie to cover. Inevitably, stuff gets lost in the shuffle and The Mauritanian ends up being less than the sum of its parts.

The biggest victim of this turns out to be Nancy Hollander, who starts out as a detached lawyer who always plays things by evidence, not emotion. You can guess where her character arc is supposed to go and that kind of routine growth could have worked well under the right circumstances. But once screenwriters M.B. Traven, Rory Haines, and Sohrab Noshirvani get to the inevitable third-act scene where Hollander is supposed to warm up to Ould Slahi, it doesn't feel earned. We haven't had enough scenes showing us why Hollander would have this change of heart against Ould Slahi. The Mauritanian knows where it wants to go narratively but it doesn't quite have the tools to get there properly.

It also has to be said that the simplified morality of the story feels ill-suited to this kind of story. If you're handling something as horrifying as the way the U.S. tortured civilians, you have to be in tune with what kind of people did. It wasn't just people who twirl their mustaches in villainy, it was also everyday kids and people who thought they were just doing their job. That's what was extra terrifying about this (in addition to the inherently horrific presence of torture, of course), that this kind of barbaric treatment against other people is so normalized that anyone can do it. Sadly, The Mauritanian opts for a more simplified worldview. People who seem shady are bad. American characters coded as good always do the right thing. Of course there's one nice prison guard at Guantanamo Bay who is rendered as "a good guy" despite exhibiting the barest amount of manners.

It's all a very morally simplified approach to a topic that seems to be done to put mainstream moviegoers at ease rather than challenge them with a bleak but realistic view of the world. While The Mauritanian struggles with preserving realism in this case, it does make for a reasonably engaging political thriller, at least while it's still going. Much of this is due to the performances, which are uniformly strong. Benedict Cumberbatch even gets to deviate from his usual mold of asshole genius with a heart of gold in his role here. He does rock-solid work on a physical level even if he's saddled with a clumsy Southern accent.

The best performance here is easily the biggest reason to see The Mauritanian, Tahar Rahim. In one of his few English-language performances to date (interestingly, one of his earlier English-language turns was done under the direction of Mcdonald in The Eagle), Rahim enters the movie with a warm smile that immediately makes him latch onto your heart. Wisely, Rahim does not play Ould Slahi as a perfect soul or a deified figure. Instead, he opts to render this man as who he is, a human being complete with charm, instances of vulnerability and so much more. In a movie that frequently struggles to grasp the gravity of the material it's handling, Rahim's constant nuance is like a drop of water in a desert. The Mauritanian as a whole isn't particularly exceptional but Tahar Rahim's performance is downright outstanding. A pity the film surrounding him is watchable but exceedingly flawed.