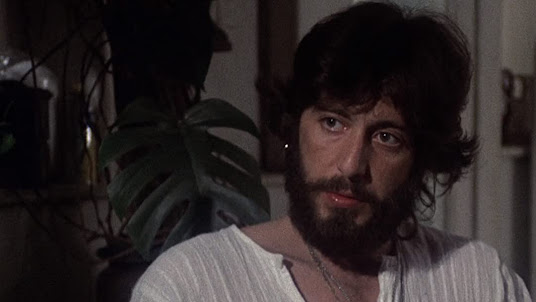 In the last two weeks, I've been swamped with all kinds of responsibilities. They've all been the most exciting kind of duties that range from working on pieces for websites like Collider to finishing up assignments for my second semester of Graduate School. Doing all these exciting things has still left me enough time to watch movies but not enough time to write full-fledged reviews of them. For this week's In Laman's Terms, I thought I'd do something I've never done in the seven-year history (wow that's weird to type) of this website. I'll do small one-paragraph reviews of some films I've seen recently. These are bite-sized takes that aren't super organized but just give you a general impression of the films I've watched in the last two weeks.

With school done, I'll try to make time for traditional reviews of movies I've watched lately like Mr. Turner and The Mauritanian. Until then, let's begin with the mini-reviews...

Paul Thomas Anderson exploded right onto the filmmaking scene with this directorial debut that shows all the confidence and vigor of a longtime auteur. Despite limiting its focus to just four characters and a handful of locations, I couldn't turn my eyes from the screen in Hard Eight. It's as magnetic to watch as a great poker game. Much of the props here must go to Phillip Baker Hall in a transfixing lead performance as a guy you can never seem to get a read on. Hall works wonders in keeping a consistent affect but always challenging your perceptions of who his character is and what he's capable of. Oh, and what a great one-scene appearance by Phillip Seymour Hoffman!

Here's another great film from a foreign country that's available to watch on Netflix right now but has never received any sort of promotion. Don't let the lack of advertising fool you, Rocks is already one of 2021's highlights. The titular lead character is a teenage girl struggling to hold onto her brother when their mother is suddenly absent from their lives. Director Sarah Gavron always captures the plight of Rocks in a manner that reads empathetic, not exploitative. Plus, the scenes where Rocks is just hanging out with her friends just radiates with authentic joy. Gavron imbues complexity into these proceedings by refusing to corner Rocks and her brother as just characters defined by their poverty. They're multi-faceted beings more than capable of headlining well-made motion pictures like Rocks.

EXIT THROUGH THE GIFT SHOP

Looking back on the initial reception to Exit Through the Gift Shop, I'm shocked by how much of it focused on whether or not the film is "real." Personally, I would be more shocked if such a ludicrous story was falsified, reality is so often stranger than fiction, ya know. But it's also just weird that the validity of the story was the primary focus rather than the filmmaking. That's extra tragic since Exit Through the Gift Shop is such a well-crafted documentary. Even if you're like me and a total novice when it comes to street art, the whole story is easy to follow. Rooting things in the story of an avid filmer-turned-street artist helps lend a sense of universality to the proceedings. The escalating absurdity of things as the primary focus of the film begins to put on his own ramshackle art show is impossible to look away from. Exit Through the Gift Shop starts out as a look at seedy nighttime rebellion before becoming a tragic farce about how easily the means of subversion can be co-opted for monetary gain. There's so much to unpack here, why wasn't that the central focus of Exit Through the Gift Shop's initial response?

Writer/director Raman Bahrani is a rare modern American filmmaker unafraid to tackle the thorny subject of class. He explored this matter to great effect in the underappreciated 2015 gem 99 Homes and he dives into the subject again with his 2008 feature Chop Shop. This is the story of youngster Alejandro "Ale" (Alejandro Polanco), who works odd jobs to earn money to buy a food truck he's convinced will bring financial stability to the lives of himself and his sister. Bahrani opting to tell this tale with unknown actors adds an extra sense of realism to the proceedings. It's like we're getting a glimpse into reality itself rather than movie stars emulating a Xerox copy of reality. Similarly impressive is how Bahrani conveys the quiet tragedy of Ale's life. He has no time to be a kid, American society has put so many financial expectations on a person who isn't even a teenager. The grimness of this situation infuses Chop Shop with a somber atmosphere chillingly in touch with reality.

The worst part about Sidney Lumet's Serpico is how relevant it is 50 years after its release. The story of a cop (Al Pacino) looking to weed out corruption in the cops at his New York precinct, Serpico is less of a movie about one guy charging against injustice. It's more the story of a man trying to get grains of sand from not falling through his fingers tips. Endless difficulties face Pacino's protagonist as he tries to do the bare minimum of good behavior as a cop. Serpico uses the grim aesthetic permeating New Hollywood movies of the early 1970s to convey how corruption is everywhere, the debauchery in the police force doesn't end there. Like I said, horrifyingly relevant to the modern world. On a happier note, also carrying enduring qualities in Serpico is Lumet's tremendous filmmaking, which adds a lot to the paranoia-drenched atmosphere, and Pacino's magnificent lead performance. Movies as good as Serpico are hard to coe by
Posted by Douglas Laman (NerdInTheBasement) at 10:33 AM