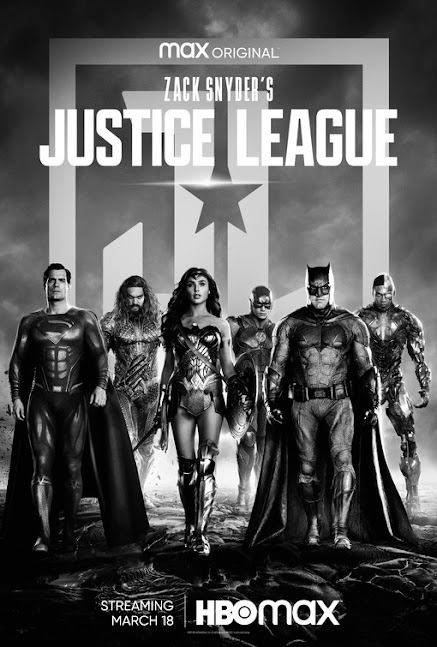 Well. Here we are again.

Zack Snyder was originally set to direct a Justice League movie as his follow-up to prior DC Extended Universe titles Man of Steel and Batman v. Superman: Dawn of Justice. Production complications surrounding both creative conflicts with Warner Bros. and the tragic loss of Snyder's own daughter led to Snyder walking away from the production. Joss Whedon and Warner Bros. executives took over the project from there, resulting in the release of a Justice League movie that tried to appeal to everyone but pleased nobody. Since then, an extensive fan campaign has urged for Snyder's cut of Justice League to see the light of day. It finally has thanks to the release of Zack Snyder's Justice League.

In the broad strokes, both the theatrical cut and Snyder's cut of Justice League share the same story. Bruce Wayne (Ben Affleck), in the wake of Superman's (Henry Cavill) death, decides to assemble a team of superheroes to defend the Earth from future attacks. The team eventually consists of Wonder Woman (Gal Gadot), Aquaman (Jason Momoa), Cyborg (Ray Fisher), and The Flash (Ezra Miller). Their enemy turns out to be the alien Steppenwolf, who seeks out three mystical Mother Boxes that are located on Earth. If he gets those boxes together, the Earth and all its inhabitants are toast. These five heroes will have to work together to stop Steppenwolf and even then they may have to call on the help of a deceased Kryptonian to truly win the day...

It's in the details where Zack Snyder's Justice League is a radically different creature than the theatrical version of Justice League. A studio mandate to keep the runtime under 2 hours meant that the original version of Justice League was a truncated creation that kept on zipping but never left enough room for things to have an impact. That's not a problem for Zack Snyder's Justice League, with its 240-minute runtime. That Bella Tarr-esque length allows for scenes that are downright excessive and would totally have gotten cut in any other circumstance. But it also allows for something that was missing in Snyder's prior DCEU forays: humanity.

Not only do these quiet scenes help to add further layers to the members of the Justice League but they are also remarkably cognizant of everyday people, a population that often gets lost in modern superhero movies. Watching Cyborg use his newfound superpowers to help a financially impoverished woman out doesn't just give us a glimpse at his heart, it also reminds us of the ordinary humans just trying to get by in this superhero world. Through these reminders of the humanity of superheroes and of normal humanity, it's easier to get invested in the inevitable third-act fight against Steppenwolf's forces. To my happy delight, I was actually wrapped up in these versions of The Flash and Cyborg, I wanted them to succeed and help save people like that cash-strapped lady. It doesn't hurt that big scenes exploring the inner lives of these heroes frequently eschew dialogue for largely visual storytelling, a trait that's always been Snyder's strongest suit as a filmmaker dating back to his days as a commercial director.

It also helps that the movie delivers several set pieces that actually lean on the unique abilities of the individual superheroes rather than just have everyone punch really hard. The cluttered action of the original Justice League has been replaced with more specifically detailed instances of spectacle. The Flash, for instance, gets a number of cool moments, like his memorable introduction sequence, that could only be accomplished through super-speed. This especially proves useful when the superheroes begin to fight as a team, it becomes genuinely fun to watch how Cyborg's powers might just intersect with all of Batman's gizmos. It's all fun to watch and none of it apologizes for being goofy superhero nonsense. The grimness and grounded realism of Snyder's earlier DCEU films has been eschewed for over-the-top superhero mayhem. It's very much a trade-up that works in the director's favor.

Of course, just because Zack Snyder's Justice League improves on the theatrical cut doesn't mean it's a flawless production. For one thing, big baddie Steppenwolf is still a snore, a poorly-designed creature who has no real menace or personality to speak of. The Superman resurrection, meanwhile, is still clumsily executed. It's a predictable detour (who really thought Superman was dead?) that comes right when the plot should be propelling forward, not pausing to linger on Superman's revival. In both versions of Justice League, Superman's return is a major issue, though at least here we get an enjoyably bombastic scene of Superman taking off to help make this storytelling issue go down easier.

Even more egregious in terms of storytelling issues is the first act, which is way too scattered for its own good. Team-up movies usually have this problem, you have to start in so many disparate locations before you bring everyone together. However, most of these movies don't run for 240 minutes and Zack Snyder's Justice League choosing to keep everything so disparate for so long does become a problem. Another trip to the editing bay would have done this project some good. Plus, because it's a Snyder movie, there's also excessive use of slowing down action and then speeding it back up again as well as some amusingly on-the-nose needle drops.

Previously, Snyder did attempts at the deconstruction of DC Comics icons. They never quite worked for me because I never got any sense of the larger themes Synder wanted to tackle while the characters never registered as people. With his own take on Justice League, Snyder's taken a cue from his best movie, Legend of the Guardians, and done a straightforward adventure story where his darker sensibilities are a garnish rather than the whole dish. With a much less oppressive tone and more recognizably human characters, Zack Snyder's Justice League is a much more manageable and enjoyable affair. It's still flawed, sure, but the individual pieces of Zack Snyder's Justice League do manage to come together (right now) in a largely interesting fashion.