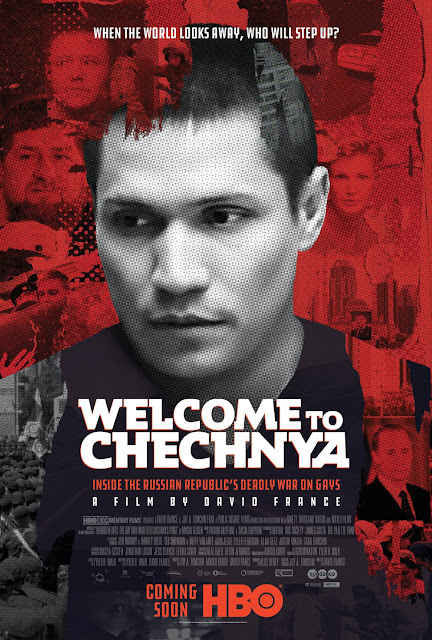 In the last few years, a massive wave of violence against LGBTQIA+ people has emerged in Chechnya. It isn't just random citizens engaging in hate crimes either. Police are now arresting gay people and then torturing them for more information on where gays are hiding. The leader of Chechnya, Ramzan Kadyrov, doesn't just deny the existence of this behavior. As seen in an interview in Welcome to Chechnya, Kadyrov outright denies the very existence of gay people in Chechnya. It's an easy way for him to sweep this inhumane behavior under the rug. Violence against a marginalized people can't exist if the marginalized people do not exist in the first place.


In the face of state-sanctioned violence and erasure, activists are doing whatever they can to help get LGBTQIA+ Chechnyans out of the country. David Isteev and Olga Baranova are the two most prominent figures spearheading this movement as they transport local queer Chechnyans to a safe house before then getting them out of the country. Welcome to Chechnya, a documentary directed by David France, chronicles these noble efforts while also using video footage of homophobic hate crimes and comments from Russian leaders to emphasize the stakes of their mission. Lives are on the line and Isteev & Baranova will do whatever it takes to get those lives to safety.

Interestingly, Welcome to Chechnya manages to have its cake and eat it too by way of preserving the safety of the LGBTQIA+ people Isteev and Baranova are trying to help. These individuals need to have their identities protected so that the Chechnyan government doesn't come after them. At the same time, you can't just push them off-screen. After all, the Chechnyan government wants members of the LGBTQIA+ Community to be forgotten and unseen. Welcome to Chechnya, then, employs advanced facial replacement techniques that obscure the actual faces of its subjects while still giving viewers a human face to get attached to.

Aside from one or two clunky moments, this visual effects technology is employed gracefully in Welcome to Chechnya. Among its many benefits, allowing the persecuted people in Welcome to Chechnya to be fully seen allows for a number of touching moments, like two lovers being able to dance around on the beach together. That would have been difficult to pull off properly if these two men had been forced to just be shadowy figures with distorted voices. In the best compliment to how this technique is executed, I totally forgot the facial replacement technology was even a part of the production by the halfway point of Welcome to Chechnya. I was just so absorbed by the individual stories this movie was tackling.

The best of these tales concerns one victim of homophobic police brutality daring to stand up and file a public lawsuit against the Chechnyan police. He's the first person to endure this kind of violence to dare to speak about it publicly. It's a storyline that at first registers as something soul-stirring in its inspirational quality...and then the guys' lawsuit gets immediately tossed out. It's a crushing moment of defeat, especially when considering how this guy has just put a target on his back for the rest of his life. All of that bravery and it was for naught. There are all kinds of disappointment like that scattered throughout Welcome to Chechnya, particularly in how Isteev & Baranova lose contact with as many LGBTQIA+ people as they manage to save.

And yet, Isteev & Baranova go on.

They go on and still try to save everyone they can. The struggles for safety for the LGBTQIA+ community has always been rife with as many, if not more, setbacks as there are steps forward. That's especially true under the circumstances facing LGBTQIA+ Chechnyans given that the threats they face extend beyond their home country. A piece of on-screen text at the end of Welcome to Chechnya informs the viewer that the current Trump administration hasn't accepted a single LGBTQIA+ Chechnyan refugee. Unacceptance towards these individuals doesn't just fester in Chechnya. And yet, they go on. David France's powerful documentary Welcome to Chechnya is a stirring testament to that spirit of endurance.

Welcome to Chechnya is now available on the HBO app and HBO Max.
Posted by Douglas Laman (NerdInTheBasement) at 10:27 AM