In Laman's Terms: What Happened to the Big Screen Comedy (PART TWO) 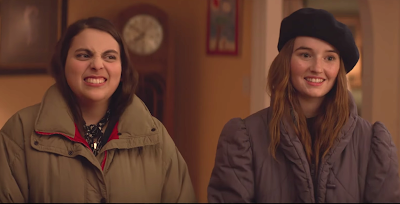 Last week, we started an examination of what happened to the big-screen comedy over the last decade. In that timeframe, big-screen comedies have frequently faced challenges at the box office. After looking at some issues plaguing modern comedies last week, this week, we turn to other problems the genre is facing as well as a look at an uncertain future.

Last week, I talked about how the summer of 2013 saw a series of comedy box office hits. Let's go back to those summer 2013 comedies for a moment.

The five comedies that grossed $100+ million that summer were not the five best comedies of the year. When has box office ever correlated to the quality of a film? But they did have strong starting concepts that made it easy to see why audiences turned out in droves for them.

Let's look at some of these basic concepts. Now, in the case of The Hangover: Part III and Grown Ups 2, we can chalk up their box office success to familiar brand names. There wasn't some compelling hook that brought people back for more Grown Ups shenanigans.

But the original comedies, that's where those interesting starting concepts began to emerge. The Heat had the enticing combo of fresh hot comedic talent Melissa McCarthy and beloved movie star Sandra Bullock. When Bullock's starring in crowdpleaser fare, she's unstoppable at the box office. Seeing her trade raunchy barbs with McCarthy is an easy recipe for a box office hit.

Meanwhile, This is the End had a distinctive apocalyptic setting that made it stand apart from other R-rated comedies. Plus, the star-studded cast ensured every moviegoer had their favorite comedian was on-hand. This is the End functioned as much as a Seth Rogen vehicle as it did a Jonah Hill vehicle or a Craig Robinson vehicle.

Then there was We're the Millers, which had a relatively unique drug-hustler plot. The marketing also emphasized memorable gags revolving around Will Poulter singing TLC's Waterfalls. Plus, it had familiar actors playing against type, particularly beloved Friends star Jennifer Aniston playing a stripper.

These concepts and marketing elements helped these summer 2013 comedies stand out from the pack. It wasn't like back in 2013 you could just release a comedy and it would automatically be a hit. After all, does anyone even remember The Internship seven years after its release? A baffling Google advertisement mixed together with a super late-to-the-party Wedding Crashers reunion, The Internship was bound to fail whether it was released in 2013 or 2020.

More stagnant concepts have plagued a number of recent comedies, with the ones that have actually done better-than-average box office (like Blockers or Night School) carrying fresh concepts or the presence of appealing casts. Let's compare that to recent comedic box office misfires. Life of the Party, for example, dropped Melissa McCarthy in college, which isn't a terrible starting pitch. However, they didn't give her any notable co-stars (there was no Sandra Bullock equivalent) to bounce off of. Gags in the marketing failed to really stand out too. Derivative slapstick jokes were in abundance rather than specific gags stemming from McCarthy being on a college campus.

An even better example of this is Tag, whose marketing just reeked of going-through-the-motions. Actors like Ed Helms, Jake Johnson, and Jeremy Renner inhabited familiar big-screen personas (guess which one of them was the stoner and which one of them was the "cool guy") in man-child antics that would have been stale in 2008. No wonder Tag topped out at the domestic box office with $54.7 million.

Comedies don't have to reinvent the wheel to be successful but they have to offer at least something fresh and unique. Too few recent comedies have and that's a problem, especially since the competition for the dollars of moviegoers has never been higher.

With Hollywood no longer focused on making comedies on a regular basis, that means there have been fewer opportunities to launch new comedy movie stars. As late as a decade ago, we were still seeing the likes of Zach Galifianakis and Melissa McCarthy emerge as superstars through scene-stealing supporting roles. In 2020, there are way fewer chances for the next Galifianakis or McCarthy to debut. The only example we've gotten in the last five years is Tiffany Haddish. Otherwise, Hollywood has mostly stuck to the tired and true comedy stars rather than giving any chances for new individuals to inhabit the spotlight.

This is likely a big reason for the downward box office trend for this genre. A reliance on just established names like Will Ferrell and Melissa McCarthy has ensured stagnancy. Audiences know what they're getting before they even buy a ticket. Compare that to the cast of one of the recent big-screen comedy hits, Girls Trip. Regina Hall in her first lead role? Jada Pinkett-Smith in a rare comedic role? Unknown (at the time) Tiffany Haddish in a prominent role? You can't get those factors in just any comedy. Hence, Girls Trip had more novelty to it than, say,  Holmes & Watson.

If we're being honest, part of the lack of new comedy stars also stems from Hollywood's ongoing struggles with on-screen diversity. Whereas modern television's most widely-liked comedies (Ramy, Insecure and even ABC sitcoms like Black-ish) portray a wide array of racial identities, mainstream film studios are still clearly uncomfortable with the idea of anyone but white people headlining comedy movies. It's part of how comedy movies have gotten into their rut of stagnation. Instead of taking a chance on the next generation of comics from a variety of backgrounds, Hollywood has clung to the predominately white comics of old. 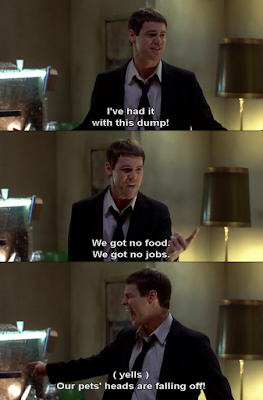 Now it's time for the real world to creep into this article.

Since 2009, the minimum wage in the United States has remained stagnant at just $7.25. Meanwhile, the rate of inflation has been steadily increasing over the same period of time. The essentials (housing, food, medicine, etc.) keep getting more and more expensive. However, payment for many Americans remains the same. That means there hasn't been as much disposable income for people in the last decade.

While things have never been a financial utopia for lower-income Americans, it's certainly more conceivable that there was more disposable income to throw around on silly-looking comedies in years past. As money became tighter, though, moviegoers began to gravitate more towards a select few reliable titles. Specifically, larger-scale titles that gave you a lot of spectacle for an expensive movie ticket. Stuff like Click that people would have been a little more open to spending cash on became more of a risk in a tighter economy. There's only so much money people can spend on movies and comedies tend to not make the cut.

Now, this is the most speculative piece in this two-part column, I'll freely admit. But I do think it's worth noting how moviegoers skewing almost entirely towards larger-scale blockbuster entertainment has coincided with a notable reduction in disposable income for many Americans. That's the kind of economic factor that could very well explain the struggles big-screen comedies have had recently. 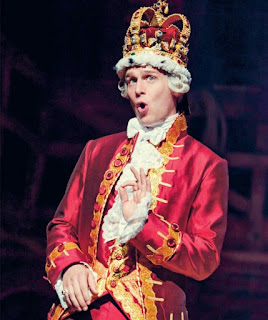 The theatrical movie landscape is in for another one of its big changes. With AMC and Universal reaching an agreement to have movies drop on premium video-on-demand services 17 days after their theatrical debut, everything is about to change. Big-screen comedies were already fighting to stay alive before 2020. But with the entire theatrical film experience now about to be upended, will there even be a place for this genre in the future?

Honestly, I'd say it's too early to say. Right now, things are so nebulously defined in this AMC/Universal partnership that both grim and hopeful interpretations of this news feel valid. As someone who loves seeing movies in theaters, I sure hope there's a place for them going forward. And as someone who loves comedies, I sure hope they've got a place in whatever the theatrical movie landscape ends up looking like.

My biggest note to those in charge of future theatrical comedies, though, above all else, is to not be afraid to take risks. So many recent theatrical comedies have felt like cookie-cutter knock-offs on movies we've seen a billion times. The comedies that managed to really tap into the zeitgeist weren't afraid to tackle unique stories, underexplored perspectives and the very last places you'd expect to find humor. Channel those movies. Comedies can be just as artistically fulfilling as any other genre. Once you fulfill all those artistic possibilities, a box office rebound will follow!
Posted by Douglas Laman (NerdInTheBasement) at 8:00 AM