In Laman's Terms: What Movies Have Ruled The Independence Day Box Office Roost? 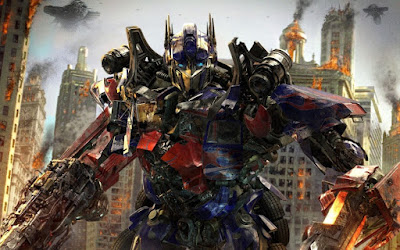 Note: All box office figures are taken from archived web pages of Box Office Mojo courtesy of Wayback Machine. This was done because the overhauled version of Box Office Mojo implemented in October 2019 makes it impossible to organize and navigate box office records. You have to go old school if you want coherent box office data!


One thing that's interesting to note about the 4th of July, in regards to its context at the domestic box office, is that it's not usually a day that sees people flocking to the movie theater. Unlike Christmas Day, a holiday, where people flock to the multiplex, 4th of July is a holiday usually spent doing barbeques and poolside activities. This is reflected in how box office business on the 4th of July tends to go down from the days directly preceding and succeeding it. Just look at the daily box office for Spider-Man: Far from Home last year.

This phenomenon explains two key elements. For one thing, it's rare to see a movie open on July 4th. Since Cats & Dogs in July 2001, the only wide release to open on that exact date is The First Purge. For another, this is why Hollywood dreads seeing 4th of July landing on either a Friday or Saturday, as it did in 2014 and 2015 (and was supposed to in 2020). This means that lucrative weekend box office business will get diluted.

Moving on to the movies themselves, well, you won't be surprised to hear that PG-13 summer blockbuster dominate the list. Looking at the list of biggest opening weekends over the 4th of July frame (a portion of which is seen below), PG-13 action movie tentpoles make up seven of the top ten biggest debuts. The only exceptions are the romantic drama The Twilight Saga: Eclipse and two animated family movies in the form of Despicable Me 2 and Despicable Me 3. 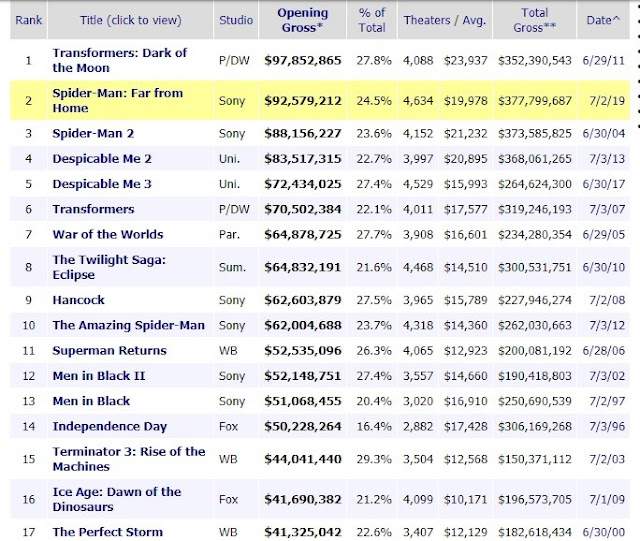 The dominance of big action movie blockbusters on the list doesn't make it a mystery why most of these movies were as big as they were over the Independence Day weekend. A third Transformers movie, for example, was such a hotly anticipated title that it likely would have excelled in the post-Thanksgiving weekend box office frame. The long 4th of July box office weekend, which gives general audiences enough time off from work to travel to the movie theater, can help enhance an anticipated movie's grosses. However, it doesn't automatically turn every movie into a smash hit.

Certainly, this holiday weekend has seen its fair share of box office duds. Remember The BFG? That Steven Spielberg family movie opened to just $18.5 million over its opening weekend and closed out its domestic run with a disastrous $55.4 million haul. One year after BFG, The House became one of Will Ferrell's lowest-grossing movies ever despite opening over a holiday weekend. Combining major star power with that holiday weekend just wasn't enough to get people interested in that lackluster comedy. Even action blockbusters aren't assured to be massive hits opening over the 4th of July weekend. Just ask Wild, Wild West or The Lone Ranger or Terminator: Genisys or Judge Dredd.

On the flip side of the equation, though, the 4th of July served as a great box office launchpad for a number of non-blockbuster titles. It isn't just new Spider-Man movies that have thrived in this timeframe. Back in the 1990s, the likes of Phenomenon, A League of Their Own and Boomerang all did great business over this weekend. Meanwhile, even into the 21st-century, the likes of The Devil Wears Prada, Public Enemies, and Magic Mike all reaffirmed that the 4th of July box office frame wasn't just home for mega-budgeted tentpoles.

In the last five years, those are just the kind of titles that have come to dominate the 4th of July box office. Whereas in the past Hollywood would schedule counterprogramming movies against even heavyweights like The Dark Knight, the new modern practice is to just let a single blockbuster own the weekend. The same goes for blockbusters opening over 4th of July weekend. For example, Spider-Man: Far from Home faced only indie horror film Midsommar when it debuted last year. The likes of Devil Wears Prada and A League of Their Own are reminders that a whole array of titles can succeed over this holiday timeframe.