Top Gun May Have The Need For Speed, But It Also Needed Some Energy And Fun 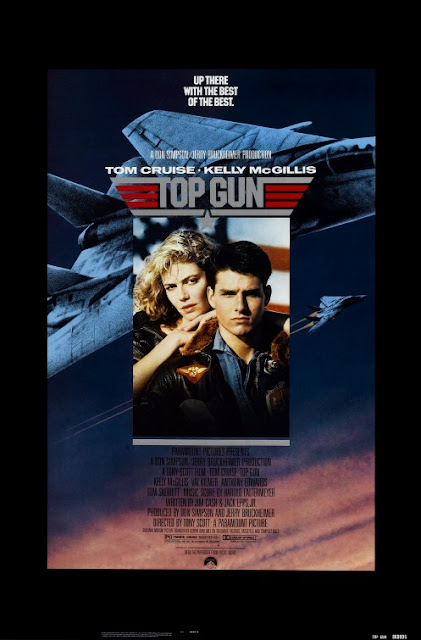 1984's Risky Business was what put Tom Cruise on the map, but two years later, his position on that map as a movie star of note was cemented with Top Gun. A box office and pop culture phenomenon that's still impacting cinema to this day, Top Gun was the film that solidified the kind of crowdpleaser action blockbusters that Tom Cruise is still most famous for headlining in the modern-day world. But is there more to this Tony Scott directed movie than just a popular Kenny Loggins song? Sadly, in my viewpoint after watching this one for the first time, there really isn't. Top Gun is instead one of those hugely influential movies that's far worse than the motion pictures it ended up influencing.

Our plot is simple as Lt. Pete "Maverick" Mitchell (Tom Cruise) and his best buddy Nick "Goose" Bradshaw (Anthony Edwards) are sent to the elite Top Gun flight school. Mitchell is the character who ensured that the existing archetype of the hotshot youngster who doesn't follow the rulebook would become a staple in blockbuster protagonists for years to come and all of those rebellious character traits are very much on display from his very first scene. That attitude streak of his earns him an antagonist in the form of fellow student Lt. Tom "Iceman" Kazansky (Val Kilmer). Tempers will flare and jets will be flown as Mitchell heads deeper and deeper into the danger zone in his time at this flight school.

Many blockbusters benefit from a streamlined plot, but Top Gun is one rare blockbuster that may have actually benefited from a slightly more complicated storyline as the actual film itself suffers from feeling meandering. Much of Top Gun is focused on Maverick interacting with his fellow pilots and trying to woo an instructor played by Kelly McGillis and none of it is all that interesting. This entire cast is populated by characters who, at their most developed, rise to the level of being one-note. Such individuals would have worked fine in a fast-paced thriller where plot mechanics and thrills are the order of the day, but in a movie that devotes a shocking amount of screentime to casual dialogue exchanges, the poorly written nature of the characters stands out all the more.

Certain scenes do manage to entertain thanks to their unintentional cheese factor, namely an extraneous shirtless volleyball scene and any sequence where McGillis and Cruise engage in romantic actions to the tune of Take My Breath Away (had no clue that that song came from this movie, how strange), but there aren't enough of such scenes to make Top Gun a cornball classic. To be fair, most of this movie is kept watchable by an amiable cast, especially Anthony Edwards as an affable best friend. Disappointingly though, Tom Cruise's performance is nothing to write home about, he doesn't have the magnetic charisma or even just enjoyable bad boy swagger the role seems to require.

Also underwhelming are the various flight sequences, which are overall a mess, especially in their editing. Considering how well-edited his later features like The Taking of Pelham 1 2 3 or Unstoppable were, it's shocking to see a Tony Scott directed project like this one drop the ball so hard with sloppy editing that renders many flight sequences visually cluttered. With flight scenes that are more disorienting than fun and flat characters, is it any wonder I found Top Gun to be only sporadically enjoyable? Hey, at least it's aged better than fellow 80's classics Dirty Dancing or (shiver) The Breakfast Club.
Posted by Douglas Laman (NerdInTheBasement) at 10:28 AM