Humanity Is Preserved Throughout I Wish I Knew 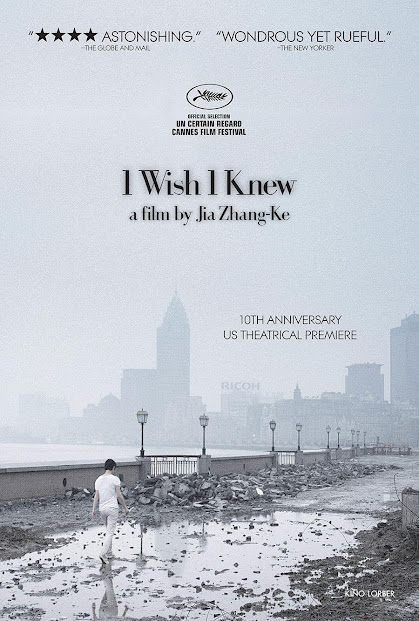 In 1972, director Michelangelo Antonioni’s documentary Chung Kua, Cia was released. A nearly four-hour long observation on what the filmmaker perceived to be an average day in China, the film was lambasted in its initial theatrical release in China. That negative perception is reflected in an interview one of the films crew members in I Wish I Knew. This individual stood up to Antonioni after the director insisted on only “backwards parts” of the country that lived up to negative foreign perceptions of China. As reflected in this anecdote, Antonioni’s film didn’t lend any humanity to its depiction of everyday Chinese citizens.

That is not the case for director Jia Zhangke’s documentary I Wish I Knew. The film has finally arrived in the U.S. ten years after its Cannes Film Festival premiere and general Chinese release  Zhangke’s focus in this documentary is to focus on interviews with residents of Shanghai and hear of their experiences living during the turmoil this country has gone through in the last century. We start the film hearing stories from older residents who remember the most grisly days of political upheaval in the territory. People getting shot in the street by government forces and friends randomly vanishing are a common fixture across these stories.

While the interviews don’t hold back in talking about hardship experienced in Shanghai, they’re not the sole focus of the movie. Zhangke eschews filmed recreations of these sort of horrifying experiences. It’s not important that we see bullets go through people, what’s important is seeing and hearing from people who’ve experienced these events. Zhangke’s camera lingers on the human beings, not the atrocities themselves. In the process, I Wish I Knew serves as not just a film but a reinforcement of humanity. That’s a quality of these individuals that’s so often been in danger of being snuffed out. Now, that quality has been encased in a cinematic safe where it cannot be destroyed.

The humanity wasn’t the only thing that proved compelling while watching I Wish I Knew. Not being familiar with the history of China, the interviews and on-screen text explaining crucial parts of Shangai’s history proved illuminating for me. It was especially a privilege to garner a greater level of knowledge about the 1960s Cultural Revolution in Shanghai through such richly personal interviews. Their stories make their experiences far more vivid than anything you’d find in a textbook recounting of this time period. History is made flesh in I Wish I Knew and it proves as personally enriching as it is impressive in a broad artistic sense.

I Wish I Knew doesn’t just deliver interviews centered on the past. As the film goes on, we get more and more stories from people who talk about their more modern-day struggles in Shanghai, particularly those related to upwards financial mobility. A particularly memorable example of this is an anecdote from a guy who came into possession of a briefcase full of money. He got it by totally legal means (with no bank account, he had nowhere else to put the money), but he’s inherently assumed to be a "bad guy" in an encounter with security personnel. Just the very fact that this guy has money is enough to garner suspicion from powerful forces. Meanwhile, an aspiring writer cannot put food on the table with his passion. Instead, he has to become a racecar driver to make ends meet.

One of the most poignant moments of I Wish I Knew comes when this man wistfully talks about how hopefully he’ll get to write again…someday. His tone as he says this suggests he’s well-aware that his dream is slipping through his fingers. Between these various interviews is an assortment of footage depicting Zhao Tao (star of Zhangke’s film Ash is Purest White) wandering around desolate parts of Shanghai. After spending the whole movie walking through the rubble remains of the past, she concludes the film watching the construction of a new building.  The eventual ending of I Wish I Knew depicting people just going on a subway train on their daily routine reinforces the idea of Tao’s final scene that life goes on, for better and for worse.

However, even in the face of an unstoppable future, we can’t forget about the past or the people who inhabited it. Luckily, we have well-made documentaries like I Wish I Knew to serve as cinematic time capsules of eras bygone.