Halloween Ends sends the Halloween saga out on an unfocused whimper 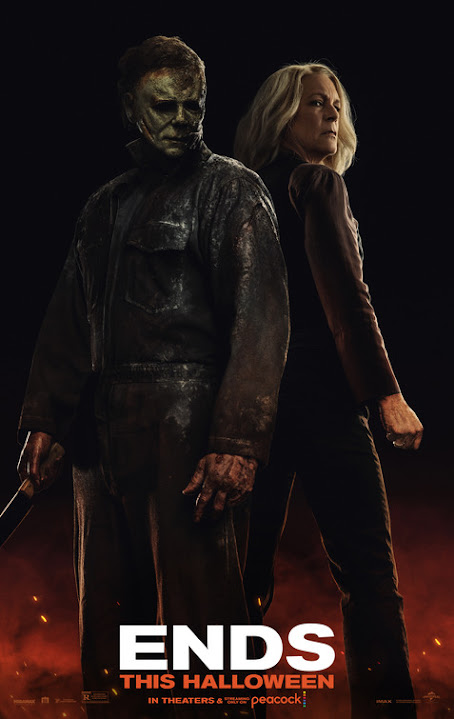 I love how horror films can combine gruesome violence with weighty themes.

This is nothing new for the genre and ties into what horror storytelling has been able to accomplish for centuries across multiple mediums. Throughout the years, films ranging from Psycho to Jennifer's Body to Train to Busan have given viewers as much food for thought as they have grisly deaths. This lengthy and impressive history reflects how the struggles of David Gordon Green's Halloween movies to properly fuse introspection and violence is not because it's impossible to make a slasher movie with brains. It's just that these features have been extremely clumsy in trying to merge these elements. This trend is alive and well in Halloween Ends, which aims to conclude the entire Halloween franchise. It wants to be the Toy Story 3 of Halloween movies but merely ends up being this saga's equivalent to Star Wars: The Rise of Skywalker.

In one of many baffling storytelling turns in Halloween Ends, screenwriters Paul Brad Logan, Chris Bernier, Danny McBride, and David Gordon Green focus a large portion of this conclusion to the Halloween saga on the newly-introduced character Corey Cunningham (Rohan Campbell). This teenager is the sole focus of the movie's prologue, where we learn about a deeply traumatic event that has transformed Cunningham's life forever. From there, we flash forward to October 2022, four years after the events of Halloween Kills. Michael Myers has been AWOL during that time while Laurie Strode (Jamie Lee Curtis) has bought a house, started living with her granddaughter, Allyson (Andi Matichak) and even begun writing a book. Things seem to be improving in her life...but this is Haddonfield, Illinois. Nothing stays calm for long. Just as Allyson and Corey begin to spark up a romance, Myers begins to emerge from hiding.

The character of Corey Cunningham isn't the only brand-new thing Halloween Ends adds to the world established by its two direct predecessors. There's a strange tonal whiplash in Halloween Ends that I just don't remember being around in either the 2018 Halloween or Halloween Kills. There were comedic moments in both (and some deaths in the latter film were meant to be darkly comic) but the awkward comedy has really been ratcheted up here. This includes broad archetypes like Cunningham's cartoonishly abrasive mom or Allyson's boss at the hospital where she works at. Part of the chills of the very first Halloween in 1978 came from seeing a figure of pure evil like The Shape just lingering around in what was discernibly the real world. The oversized characters and strange comedic asides of Halloween Ends, though, ensure that everyone is now as detached from reality as Michael Myers.

On a writing level, Halloween Ends also suffers from awkward transitions to new character beats or locations. The screenplay knows where it wants to go or what mayhem it wants to incur, but it rarely finds an organic way of getting there. Allyson and Corey's romantic life is especially clumsy in this regard. Neither of the two seems to know each other before their first meeting in Halloween Ends yet they're planning to run away together by the third act. There's never enough chemistry between the two performers or even just on-screen entertainment to justify how rushed their relationship is. Plus, it can't help but feel disappointing that Allyson's presence in the Halloween saga culminates in her relationship with a boy. Could we not find something more interesting for her to do? Shifting so much of the first and second acts onto the intimate interactions between these two had the added "benefit" of highlighting truly awkward dialogue related to the lingering trauma of these characters. No boogeyman popping out of a closet is as spine-tingling as the idea of these lines being deemed acceptable for a big-screen release.

There are plenty of gripes to be had with the narrative structure in Halloween Ends while the film's visual elements leave much to be desired. Extremely awkward editing by Tim Alverson disrupts even throwaway moments, like Allyson calling out to a distraught Corey to watch out for an incoming truck. But those details, admittedly, aren't why people are coming to Halloween Kills. The deaths and the scares are the primary attraction for most moviegoers and understandably so. In these departments, there's also not much to write home about. The first half of the film is largely focused on building up the Allyson and Corey relationship, so there aren't even many attempts at spooking the viewer. When the inevitable Halloween night rampage on Haddonfield starts, we do get two memorably gruesome death scenes. The other slayings, though, are boilerplate, and Green struggles to maintain suspense as all the carnage unfolds.

Worst of all, Halloween Ends, like Halloween Kills, sidelines Laurie Strode for most of its runtime. The focus largely shifts to Cunningham instead, an utterly bizarre choice. Unlike that earlier sequel, at least Ends gives Strode plenty to do in the finale and there's no denying that it's fun to see Jamie Lee Curtis shooting guns and taking names. But even these surface-level pleasures are disrupted by a screenplay that just can't stop overstuffing its narrative. Exactly like The Rise of Skywalker, Halloween Ends keeps tossing out big twists and turns at the viewer but never gives those developments room to breathe. With neither fun slayings nor interesting observations on coping with long-term trauma to offer, Halloween Ends proves to be pretty unengaging. Countless horror films of the past have combined nasty deaths with weighty themes, which just makes the problems of Halloween Ends even more painful to process.