The challenging Memoria has impressively detailed filmmaking to spare 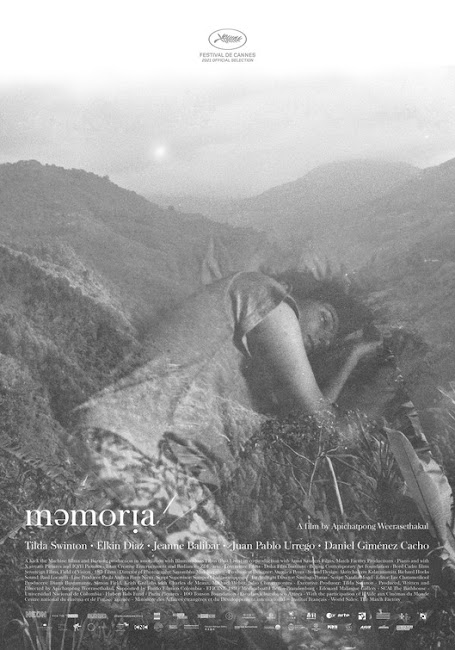 Whether we realize it or not, we're all connected. "Our lives are not our own," as Susan Sarandon in Cloud Atlas astutely put it out. Individual existences are always overlapping, reverberating into one another even when we're not consciously aware of it. Memoria, the latest film from arthouse director Apichatpong Weerasethakul, cleverly realizes this in visual terms early on in a dialogue-free sequence depicting a parking lot devoid of humans but stuffed with automobiles. One car alarm goes off in the dead of night and sets of a symphony of other alarms, the noises coating the night with thick auditory chaos. Much like with these cars, humans have the power to substantially impact the world around us without meaning to. The thematic crux of this sequence, as well as the minimalist camerawork and restrained aesthetic, will seep into the entirety of Memoria.

Jessica (Tilda Swinton) is residing in Bogotá, Colombia, where she already has enough going on between taking care of her sickly sister and running a flower shop. One night, though, an unavoidable new wrinkle in her life emerges when she hears this loud thumping noise. It's gone as abruptly as it arrived. Where did it come from? What produced that noise? Why does she keep suddenly hearing it in the most random of situations? These are the questions that Jessica cannot get out of her head. As she searches across Bogotá for answers, she also encounters other people, including fisherman Hernan (Elkin Díaz), who being to force her and the audience to reflect on how memories shape our lives in the smallest of ways.

Given that Weerasethakul's earlier works like Uncle Boonmee Who Can Recall His Past Lives were avant-garde visual-oriented pieces, it's intriguing to unpack Memoria and realize how its an auditory-first experience. That's not to say there isn't craft going into the imagery that fills up the screen, it's just that what we hear, or even what we don't, is taking centerstage in this plot. The result is a movie that makes excellent use of detailed sound work, especially when noises begin to overlap on one another. Delivering this kind of craft that makes you conscious of every instance of rushing water or crackling branches is a subtly brilliant way to place us into the headspace of Jessica, whose also on high alert regarding every noise that enters her eardrum.

The extremely slow pacing of the film allows one to absorb all those meticulous details in the sound work. And I do mean slow, Memoria makes the works of Yasujiro Ozu look as fast-paced as one of the Crank movies. This is exacerbated by the minimalist camerawork. Only for one scene set in a warehouse does the camera in Memoria come alive with movement. Otherwise, the default framing of Memoria is still wide shots that linger on-screen for prolonged periods of time. Humans like Jessica are positioned far away from the camera and often off to the side, a suggestion of how they're just a single part, rather than the center, of a much larger world.

The glacial pacing here will doubtlessly and understandably turn off some viewers, a cinematic exercise this controlled and idiosyncratic can't be for everyone. However, I found myself entranced by the hypnotically quiet Memoria not in spite of but rather because it challenged me. The way Weerasethakul had me frequently wondering "what's going on?' or stirred by the lengthy nature of certain shots had me realizing that I was being impacted by what was happening on-screen. I wasn't zoning out or getting bored, rather, I was getting engaged with this material. Even scenes that felt a bit more plodding than revelatory or impressive aesthetically still had me admiring the dedication to realize such a unique creation.

The various Columbian landscapes captured throughout Memoria make for beautiful vistas to set such a quiet tale against. Without even calling attention to it, I love how Weerasethakul and his go-to cinematographer Sayombhu Mukdeeprom emphasize the natural variety of locations in this country. A typical American movie would merely resort to depicting Columbia through a caricaturized lens in the hopes of presenting it as an "other". However, Memoria (which, it should be noted, is directed by a filmmaker hailing from Thailand) depicts Bogotá as, like any city, having so much to offer, from farms to crowded cities and everything in between. There's an entrancing naturalism to its depiction here that functions well in not only subverting colonial filmmaking stereotypes, but in also making that recurring noise stand out as all the more aberrant.

Memoria will leave you with so much to process, including in Tilda Swinton's remarkably understated lead performance. Thank goodness it's being presented exclusively in movie theaters, where people can process it in darkened rooms full of speakers that can surround and envelop the viewer. At home, where distractions are more accessible, it'd be easy to lose yourself from this movies spell. I can't say I found Memoria "perfect", but I did find it to be something more important; it was a film I couldn't shake from my mind as well as a totally idiosyncratic experience on the big screen. If you have the chance to see this, do so, if only so that you can process what emotions and thoughts such a singular movie leaves you with.