It's no secret why Fantastic Beasts: The Secrets of Dumbledore isn't very good 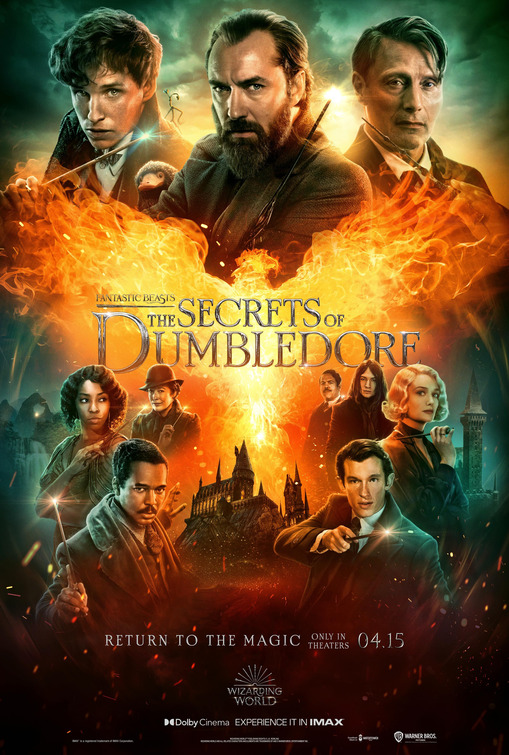 Fantastic Beasts: The Secrets of Dumbledore follows in the footsteps of Star Wars: Attack of the Clones, Thor: Ragnarok, and The Chronicles of Narnia: The Voyage of the Dawn Treader as apology blockbusters. These are all mega-expensive features following up on box office hits that also proved divisive critically. So now it's time to confront the flaws of their predecessors cut out extraneous characters, and give the people what they want. Sometimes you get a Star Trek Beyond out of this approach, other times, you get Attack of the Clones.

It's clear The Secrets of Dumbledore wants to do this exact thing with regards to its predecessor, The Crimes of Grindelwald. The oppressively dark tone of that movie has been traded out for a zippier aesthetic, right down to how the nighttime Paris finale of Grindelwald is swapped here in Dumbledore for a brightly-lit sunrise climax in Bhutan. The last film was about dark betrayals and tragic backstories, this one's about hope and love. Even the titular Fantastic Beasts are more directly integrated into the plot while Dumbledore (Jude Law) is often more of the protagonist than previous Fantastic Beasts lead Newt Scamander (Eddie Redmayne). A lot of effort has been made in The Secrets of Dumbledore to correct Grindelwald's shortcomings...but unfortunately the resulting film is still a lackluster overlong slog.

As The Secrets of Dumbledore begins, the nefarious wizard Grindelwald (Mads Mikkelsen) is on the rise. Not only is he brewing new evil plans to wipe out the Muggle world, but he's also gaining prominence among the general populace and is planning to run as a political candidate in the wizarding world. It's time for someone to step in and intervene. This is when Dumbledore tasks Scamander with leading a gaggle of wizards, like his brother Theseus (Callum Turner) and Professor Hicks (Jessica Williams), and a solitary Muggle, Jacob (Dan Fogler), to thwart Grindelwald's globe-trotting plots.

Meanwhile, Credence (Ezra Miller), who's working under Grindelwald, is coming to terms with the revelation that he's Albus Dumbledore's brother. Dumbledore himself also grapples with how actively he can fight in this war, given that his prior romantic relationship with Grindelwald involved a charm that makes it impossible for the two to fight each other.

Despite opting for a lighter tone and bringing back Harry Potter screenwriter Steven Kloves for the  first time in the Fantastic Beasts franchise, The Secrets of Dumbledore still succumbs to a key flaw of The Crimes of Grindelwald: too many characters. This is a classic case of throwing so many darts at the wall yet nothing leaving a mark. Figures like Hicks or Yusuf  Kama (William Nadylam), sit on the sidelines without anything of note to do. This leaves actors like Mikkelsen or Williams, the latter of whom shows up with a Katharine Hepburn style accent, clearly raring to go to do something fun, but never getting the chance to leave a substantial impact.

Much like in the last two Fantastic Beasts movies, the real weak link in terms of characters turn out to be Newt himself. This magical zoologist continues to be a baffling choice as a protagonist for this series. He's so flat, uninteresting, and strangely detached from Grindelwald and his evil plots. It's befuddling why we're following him around. Even opportunities to inject personality into Newt slip through the fingers of screenwriters Kloves and J.K. Rowling. A set piece where the character must rescue his brother from a dangerous prison could be a great way to make Newt come alive during a critical situation. Frustratingly, though, there's no compelling rapport between Newt and Theseus, they're both just milquetoast guys devoid of any flashy traits. Thus, a mad dash to save a sibling has all the urgency of taking out the trash. A chance to reinforce why we should like Newt instead shines a bright light on how much this character doesn't work as a blockbuster lead.

The disappointingly thin characters are a massive issue given that The Secrets of Dumbledore is largely predicated on these figures and their internal drama. Supposedly sweeping emotional moments land with a thud, especially anything involving Credence. Thus guy's just too hollow of a person to get invested in. The plot itself, which ends up revolving around the political importance of a magical fawn/catfish hybrid, just isn't all that memorable either. Unfortunately, the visuals don't compensate for the lack of adequate characters. The costumes and interior sets look perfectly alright, and it's nice that more of this takes place in bright daylight compared to the nighttime backdrops of the last two Fantastic Beasts.

However, several exterior locations look too obviously like they were brought to life through green-screen, while the heavy reliance on locales lifted from the Harry Potter movies (Hogsmeade becomes a home base for Newt and pals in between their mission) robs The Secrets of Dumbledore a chance to establish its own unique locations. Meanwhile, the magical fight scenes aren't especially interesting in terms of either choreography or editing. One person who does bring their A-game here (besides the always reliable Dan Fogler) is composer James Newton Howard. Returning from the last two Fantastic Beasts movies, his music continues to have spritely energy and emotional oomph. These Fantastic Beasts features as a whole could take a cue from how Howard incorporates classic Harry Potter music cues with freshly-crafted leitmotifs and compositions. That's how you balance the old and the new!