Flee is a deeply human and powerful feature 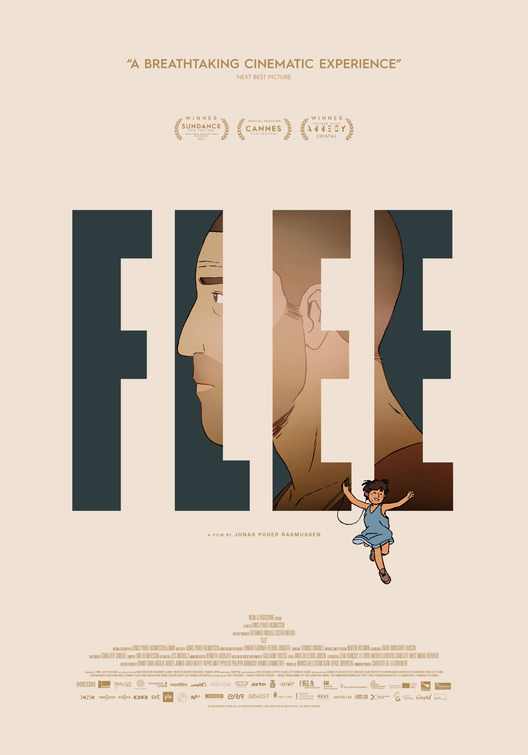 In the early minutes of Flee, director and interviewer Jonas Poher Rasmussen asks Amin Nawabi what his definition of home is. For Nawabi, it's somewhere you feel safe, somewhere you can be yourself. Nawabi hasn't had the luxury of having a place to call home for so much of his life. Born in Afghanistan, he left the country at a young age with his family. Having stifled his memories and experiences related to this section of his life for so long, a grown Nawabi, now a public speaker, academic, and on the verge of getting married to his boyfriend, decides that now is the time. He will relay his past. The years that shaped him are packed with traumatic experiences, including his family's time being shuffled around by human traffickers, the only people who can get them in and out of certain countries.
Watching Flee isn't just getting a glimpse into one man's past. This documentary also offers a window into how his present psyche has been molded by the horrors of childhood. The gulf between who Nawabi was and who he is gets crystallized early on in a devastating moment where Nawabi uncovers a journal he wrote in when he first came to Denmark as a teenager. Opening up the pages and trying to read aloud what he once penned, Nawabi observes that he can no longer fluently read the language he wrote these passages in. What once came so naturally to him is now a stranger. The passage of time is suddenly all too apparent for this man and the viewer.

The anecdotes Nawabi presents are bursting with raw emotion, with Rasmussen wisely preserving any imperfections in Nawabi's voice as he tells these stories. A slight pause, lingering on one word for a moment too long, those emotion-driven instances of vulnerability lend humanity to this narration. They're a reminder of the vividly-detailed person who experienced what's filling up the frame. Flee's willingness to also shine a light on the imperfect moments in Nawabi's life coming from disagreements with his husband further effectively humanize the film's central subject. There's almost something comforting about bearing witness to these interactions, as, even after all the horrors Nawabi has experienced, he's capable of having relationship problems like anyone else.

These and nearly every other part of Flee (save for brief bursts of live-action archival news footage) are told through animation. It took me a moment to get used to the animation, which skips frames to create intentionally jerky movements for the human characters. This eventually works well as a visual reflection of how the mind can forget things even in important circumstances. Just as the animation forgets certain movements in between a character's hand gestures, so too can we forget integral details of the past. Plus, it isn't long before your eyes adjust to the unique qualities in this style of hand-drawn animation. The jerkiness becomes just another part of the visual tapestry that Flee is weaving.

Even more remarkable in the animation is when Flee opts to deviate from its default style. These usually come in intense moments to accentuate danger and manifest through a monochromatic color scheme dominating the frame while all the characters are suddenly realized through figures so sparsely detailed that they can even lack eyeballs. The stripped-down quality of these segments conveys a haunting aura appropriate for some of the most devastating moments of Nawabi's anecdotes. Their uniqueness in the context of Flee's visuals also allows these parts to stand out in the minds of viewers, a sensation evocative of how they're used to tell stories that Nawabi similarly can't forget about it.

Animation is a medium with limitless possibilities but is usually only used for crass purposes designed to make corporations more money. Flee is a reminder of the glorious capabilities of this method of storytelling. Animation allows Nawabi's past, which wasn't captured through camcorder footage or old family photos, to finally be seen. It also offers Nawabi something at least emulating a home, with the confines of Flee affording him the chance to feel safe enough to be vulnerable and open about his experiences.  While far from the first animated documentary (Waltz with Bashir is another great example of this subgenre), Flee is an especially great example of the richly human filmmaking that can emerge when animation is used for loftier purposes.