Thankfully, The Matrix Resurrections is no ordinary legacy sequel 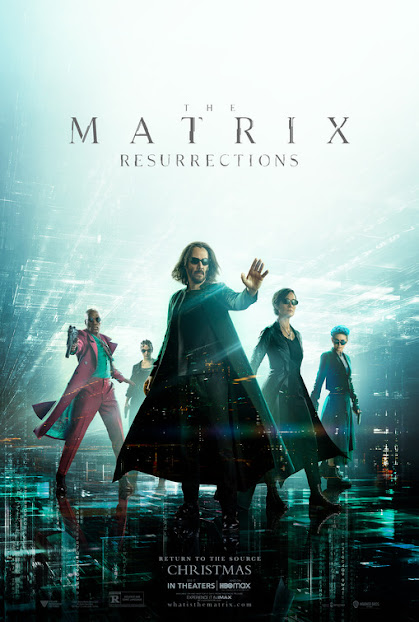 NOTE: This review does not feature spoilers, HOWEVER, it does discuss plot points from The Matrix Resurrections introduced in the 15 minutes of the runtime but have not been explicitly talked about in the marketing. If you want to go in cold, read no further!

It's understandable to be trepidatious about a new Matrix movie like The Matrix Resurrections. After all, what's made the work of Lilly and Lana Wachowski over the last two decades (the latter of whom returns to direct this new installment) has been an exciting willingness to just go for the weird and unexpected. Speed Racer, Cloud Atlas, Jupiter Ascending, these are not films cooked up in a test marketing meeting over what audiences want to see. They're distinct visions this duo wanted to make and that passion came through vividly on the screen. Can returning to familiar territory yield similarly creatively exciting results?

The Matrix Resurrections begins in the past. Or at least in a simulation of it. Bugs (Jessica Henwick) is watching from a short distance away a scene from the original Matrix where Trinity (Carrie Ann-Moss) is working on a laptop when she's busted by a group of cops. A fight scene ensues, which Bugs watches with rapt attention. Right from the start, screenwriters Wachowski, David Mitchell, and Aleksandar Hemon indicate just how meta this production will be. Some legacy sequels, like Ghostbusters: Afterlife, are content to coast on just delivering a straightforward remake of an original movie. This opening scene establishes that Resurrections is more interested in poking, prodding, and tweaking around with the world of the Matrix.

This is made even more apparent when we meet Thomas Anderson (Keanu Reeves), a game developer whose most famous creation is a trilogy of video games entitled The Matrix. What are movies in our universe are the hottest console creations on the planet in this universe. Only...could they be more than consoles? Could Anderson's difficulty distinguishing between reality and fiction be an indicator that maybe there's some truth nestled in the games he's crafted? He's going to have to pursue such lofty questions after having an encounter with Bugs and a new version of Morpheus (Yahya Abdul-Mateen II), as well as constantly finding his eye drawn to a lady named Tiffany that looks an awful lot like Trinity...

The first act of The Matrix Resurrections is its strongest section, as Wachowski leans hard on commenting on modern pop culture's fixation on the past. This exploration doesn't result in surface-level jokes about "lol, remakes are bad", but rather interrogations on how the past can be co-opted to either inspire revolution or maintain the status quo. This theme also dovetails into how The Matrix Resurrections functions, to my eyes at least, as an autobiographical film about Lana Wachowski dealing with her place in the modern film industry. In the first Matrix, young Neo was just an everyday person, a youthful troublemaker in line with how new and rebellious to the film industry the Wachowski's were.

Now, Neo is older, more established. His name is everywhere and everyone in the corporate world has opinions on art that's deeply personal to him. The weariness Neo feels at having everyone reduce his Matrix games down to just being about explosions or an opportunity to make more money through sequels, it comes through with such palpable texture since it feels like emotions Lana Wachowski's been through navigating the film industry. The eventual focus on Neo and Trinity's relationship also functions as a rebuke of modern Hollywood's obsession for turning classic films into objects that can be mined for fan service and NFT's. Through lingering on this core romance, Wachowski is putting the humanity of classic blockbusters (the very ingredient that got audiences to latch onto a film like The Matrix in the first place) front and center once again.

Despite the extremely thoughtful and personal approach to the world of legacy sequels, The Matrix Resurrections can't help but eventually fall into some of the traps it's looking to critique. These include one too many callbacks to the original Matrix and a few story beats that would be better if they eschewed the conventions of the franchise they inhabit. Meanwhile, the second act gets bogged down in a lot of exposition and the draggy pace in this section of the story reinforces the fact that this didn't need to be a 148-minute long movie. Condensing the runtime even a tad would've made the whole thing that much more effective.

Speaking of effective, the performances, on the whole, are great, with the newcomers especially equipping themselves well to the distinct dialogue and acting style of this franchise. Jessica Henwick continues to prove that Iron Fist did her so dirty, she's great as Bugs, while Yahya Abdul-Mateen II once again demonstrates that he's got an incredible amount of charisma in his intriguing take on Morpheus. There's also lots of fun to be had with Johnathan Groff and Neil Patrick Harris in key supporting roles, with the former actor even getting to duke it out in fight scenes. Who knew a lead actor from Mindhunter could go toe-to-toe with Keanu Reeves?

The Matrix Resurrections is bound to be a divisive affair given that it's a blockbuster as enamored, if not more so, with deconstructive storytelling, fascinating trans allegories, and commenting on the dangers of capitalism as it is with delivering big action sequences. For me, though, such unique sensibilities are the only reason I'd want to return to the Matrix in the first place. The downright trippy nature of several scenes in the first half had me especially impressed that Lana Wachowski had reinjected a sense of uncertainty into a familiar world. It's nowhere near the best thing either the Matrix series or a Wachowski director has delivered, but The Matrix Resurrections is a serious step up from your average legacy sequel. C'mon, it's time to wake up, go to the theater, and get hooked back into The Matrix.