In Laman's Terms: Remember When Disney Ran Away From Disney Princesses? 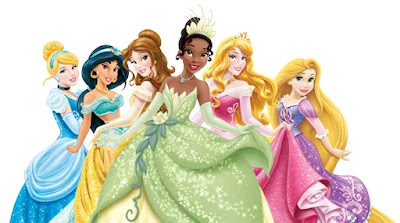 Apologies for this being the second week in a row where In Laman's Terms has focused on Disney content. Lord knows there's plenty of that out there both on the internet in general and in the news cycle, I promise to deliver something more original next time over the holiday week.

In 2019, the idea of Princesses being a crucial piece of the Disney monopoly empire puzzle isn't just assumed, it's a certainty. After all, Disney as a producer of feature-length movies began with Snow White in 1937, Disney and Princesses have been connected since the very beginning. In modern-day terms, though, Princesses have remained oh so important for Disney. Walt Disney Animation Studios got their first movie to cross $200+ million domestically since The Lion King with Tangled in 2010 and since then the studio has embraced Princess power, especially when it comes to the Frozen franchise. Elsa and Anna didn't even exist when this decade began but now they're two of the most popular characters the studio has ever created, hence why they're coming back for a sequel on Friday.

Yes, nowadays Disney can't get enough of the Princess game, but there was a period of time not too long ago where Disney ran away from its perception of being the house of Princesses. Such an epoch came about at the dawn of the 21st-century, where Disney and other American animation studios began to express a yearning of getting away from the animated musical mold that had been rampant in the 1990s. What was the farthest thing from musicals where people belted out their ambitions on a hillside? Why, science-fiction action movies of course! This sudden trend, which possibly also came about a way to capitalize on the success of those then-new Star Wars prequels, resulted in the likes of Titan A.E., Atlantis: The Lost Empire and Treasure Planet.

Intended to bring a level of variety to the marketplace, this swarm of testosterone-fueled animated fare ended up just jumbling together in the eyes of moviegoers and resulted in a deluge of flops. It didn't help that a bunch of computer-animated movies in this same era, forced to do more stripped-down tales due to budgetary and technology restrictions of the era, were doing smaller-scale tales driven more by recognizably human experiences that audiences could connect with. As someone who loves certain titles in the action animated trend like Treasure Planet, it's easy to see why even a goofy romp like Shrek resonated with audiences so profoundly given how it's lead ogre did have relatable struggles connected to his self-worth.

Though Shrek was a feature-length skewering of Disney movies, its sense of humanity actually made it closer to the material it was spoofing. The scene in Shrek where the titular character finally opened up about his personal problems to Donkey connected with people on as personal of a level as Ariel wishing she could be part of the human world twelve years prior. Though so much of American animation at the dawn of the century was running away from Princess fare, they forgot to incorporate the moments of tender humanity that made the likes of Beauty and the Beast so iconic. Of course, Hollywood always learns the wrong lessons from certain movies doing well and the presence of such intimate moments isn't what Hollywood took away from the success of something like Shrek.

Instead, Princess fare now became a source of mockery from all across the world of animation, leading to a renaissance (if you wanna call it that) of Shrek knock-off's trying to capture that movie's success by doing their own warped take on fairy tales. Disney gleefully got on the bandwagon, even as its line of Disney Princess toys raked in plenty of cash for the company. The likes of Chicken Little and an early version of Tangled saw Walt Disney Animation Studios doing wry self-satirical takes on their traditional fairy tale fare. A more nuanced take on this approach emerged in 2007 when Disney released Enchanted, which lampooned the typical Disney Princess movie but also managed to be equally affectionate towards such titles. It was a film that felt like a playful poke in the ribs of the past rather than a strained attempt to be hip.

As the 2000s went on, the Shrek franchise began to dwindle in box office, the subgenre of animated fairy tale parodies left as soon as it came back and Disney was preparing to bring back hand-drawn animation for the Disney Princess musical The Princess and the Frog. At the same time, Disney was trying to once again back from from its association with Disney Princess. Previously, such a maneuver had been done in response to the success of Shrek, but now, it was being done seemingly as one of the first mandates of Bob Iger era of Disney. In the eyes of Disney corporate, Disney had no trouble selling toys and movies to little girls, but they needed to have a franchise that could do the same for boys.

Simplified perceptions of gender? Absolutely. But it's what spurred Disney to undervalue female-themed fare in favor stuff aimed at dudes, the latter category being exemplified by the Cars franchise. As Jim Hill of Jim Hill Medi wrote in 2009, "What Disney Princess is for little girls, Cars is for boys." The success here and desire to further expand on targeting males led to Disney buying up Marvel and releasing a swarm of tentpoles between 2010 and 2012 aimed at starting a new action franchise aimed at dudes. Most of those titles (save for Tron: Legacy) failed to make as much domestically as the far cheaper Princess and the Frog and every single one of them looked practically anemic compared to the massive worldwide haul of Tangled.

Those two animated titles thrived by hewing closely to the general brand identity Disney had cultivated whereas the likes of Prince of Persia were outright rejected by audiences. Interestingly, such a development isn't really a loss for bolder storytelling, Disney's blockbuster attempts to lure male viewers in this era suffered partially because most of them were derivative movies. Instead of using these tentpoles as a chance to create something truly new, they just made reheated leftovers. In the process of running away from Disney Princesses in hopes of creating male-fueled hits, the studio merely found itself creating box office duds. Thanks to Tangled and especially Frozen, Disney today totally embraces Princesses, albeit with the sort of post-modern yet affectionate nature of Enchanted and Frozen. What a sharp contrast that is to the first decade of the 21st-century where both Shrek and corporate mandates led to Disney trying to perplexingly divorce itself from an inescapable part of its identity.
Posted by Douglas Laman (NerdInTheBasement) at 8:00 AM