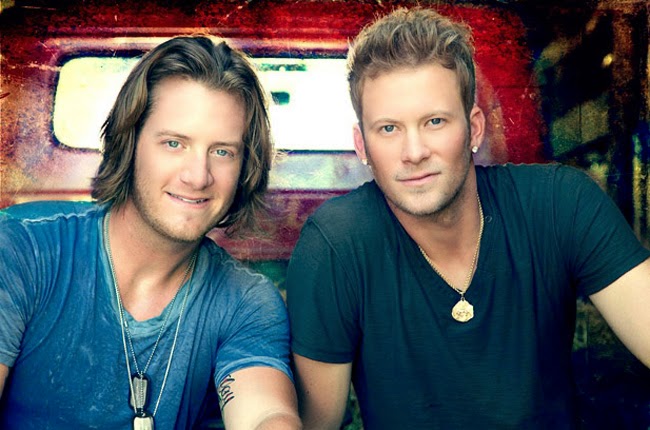 The crisp fall air of October filled my nostrils as I exited the school auditorium. Performing in the show Hot Topic (not affiliated with the clothing store) for the first time had left me with some nervousness over how people had received the show, but it also left me feeling happy things had gone smoothly. As I entered my fathers car, the country radio station was playing, and after a few minutes, a newly released song started playing. It was Cruise, by Florida Georgia Line, and man did it hit hard.

The dawn of Bro-Country was at hand, and with the strum of their guitars and unique vocals, the duo was primed and ready for success. Yet, nobody, least of all me that October night, could have imagined how much of a phenomenon Cruise would be. Playing as a nice contrast to the wintery weather that covered the country, it's peppy lyrics about a girl and her beauty took over radio stations, and even wound up being popular enough to earn a remix with Nelly. That remix earned airtime on non-country radio stations that only sent the Country duo even further into the stratosphere of fame, to the point now where they adorn Toaster Strudel boxes.

To many, the question remained...what was it about these guys that had hit such a chord?

Well, take a look at the music video for Cruise (above this paragraph) before we go further. Now, let's look at country music as a whole for a second; it's a genre that is predominantly filled with lyrics about consuming enough beer to kill an elephant, but always makes sure shenanigans stay within the guidelines that wouldn't elicit anything more than a "Oh you boys!" from a local Southern pastor. One or two songs hinted at more depravity (Luke Bryan's ditty What All My Friends Say namely), but Cruise was the first one to really take it to the next level. In a song like this, it was now possible to admire long tan legs and bikini tops in modern day country music. The music video above is G-rated compared to the seemingly endless lines of strippers that dance around in Pitbull's videos, but for Country music, the depiction of strip poker alone was as monumental as the Thriller music video was for Michael Jackson. In the two years since it's release, Thomas Rhett, Jason Aldean, Luke Bryan and Jerrod Neimann have popularized on the club activities that Florida Georgia Line opened the door for.

But breaking down barriers with their debut single was only the start for these two. Three more No. 1 singles awaited them, and only their duet with Luke Bryan This Is How We Roll broke that streak by settling for a platry No. 2 position (ironically, another Luke Bryan song Play It Again prevented them from making 5 No. 1's in a row) Each songs comes out, guns a-blazing, with material that easily resonates with any listener, whether or not they're from the south or not. Admittedly, they're playing it safe lyrically compared to Gary Allan and Brad Paisley, considering how damn catchy each of their songs are, I truly don't mind.

It's also hard not to mind the two dudes behind this whole enterprise, Tyler Hubbard and Brian Kelley. Hubbard seems to resemble a caveman on meth, while Kelley looks like an Abercrombie model wannabe. And yet, that seems to be their secret weapon; each of their songs comes from two guys who look like average dudes, which allows them to sell their relatable lyrics that might otherwise come off as trite. Also helping matters is that Hubbards extremely distinctive voice helps sell the emotions in any of their tunes, particularly in Stay, which is a song I hope they make more like in the future.

This is far from the end of Florida Georgia Line, who likely have years of No. 1 songs to come. As long as they keep bringing all the elements that have made them stand out so far, I'll be more than happy to be along for the ride. Love em or hate em (and many people on YouTube seem to hold an extreme disdain for the duo) there's no denying they've had an impressive mark on Country Music just since October 2012.